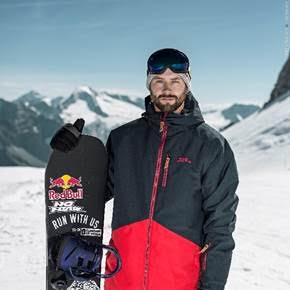 One of the North West’s leading leisure destinations is welcoming Olympic Bronze Medallist Billy Morgan on the 16th August.

Chill Factore, home to the UK’s longest indoor snow slope, will be launching the new Terrain Challenges with the help of Billy, who won bronze in the Big Air event at PyeongChang earlier this year.

Billy was the first snowboarder to land the biggest trick in the sport to date (the quad cork 1800), was the first British male snowboarder to win an X Games medal and then in 2018 became Great Britain’s first ever male snow medallist, winning the Bronze in Big Air at the PyeongChang 2018 Winter Olympics.

He will be visiting Chill Factore to launch Terrain Challenges and will be joined on the 180m real snow slope by the Chill Factore Sponsored Athletes. Guests will also have the opportunity to meet and snowboard alongside Billy.

Terrain Challenges is a new offering from Chill Factore, aimed at guests who want to try out their skills on different features. Developed and inspired by feedback from their guests, Terrain Challenges will run from Thursday – Saturday most weeks.

Features include moguls, table tops and rails, and guests will be able to have their say and feedback on the Terrain Challenges each week, which will influence the next features shaped for the slope.

Members of the public who wish to hit the slope with Billy Morgan can join him between 4pm-6:30pm on the 16th August at Chill Factore.

The Terrain Challenges are displayed on the website for guests reference, and are included in the main slope lift pass with prices starting from £15 off-peak. 10% of ticket sales will be donated to The Ellie Soutter Foundation, a charity recently set up by the father of the British snowboarder, to support the mental health of young snow sport athletes.