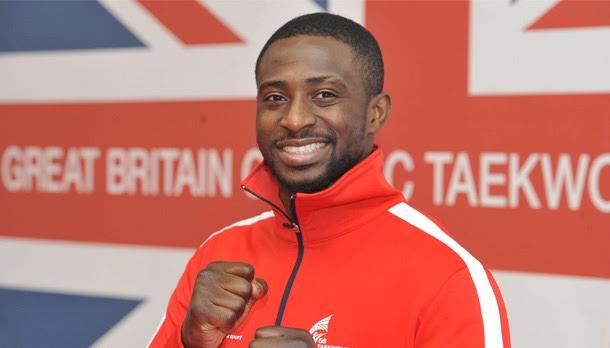 Olympian Mahama Cho who is from Stockwell in South London, but who is based in Manchester for training, is competing to be crowned the National Lottery Athlete of the Year after reaching the finals of this year’s National Lottery Awards – the annual search to find the UK’s favourite Lottery-funded athletes and projects.

Since National Lottery funding for Olympic and Paralympic sport started in 1997, British athletes have won an incredible 860 medals.

The brand new ‘Athlete of the Year’ category provides a golden opportunity to celebrate the remarkable achievements of the UK’s world class National Lottery funded athletes, whilst demonstrating the impact National Lottery players have on elite sport.

Taekwondo practitioner Mahama beat off stiff competition from a longlist of 120 other worthy contenders to reach the public voting stage in this year’s National Lottery Awards. Mahama is one of seven finalists selected by the judging panel for their sporting achievements, passion for their sport and ability to inspire others.

Growing up in the Ivory Coast, with his father abroad, his mother “not in the state of mind” to look after him and barely enough money for food or clothing, Cho’s early years were far from idyllic.

He was brought up by his grandmother in West Africa. Bullied on a daily basis. Sent to England as an eight-year-old. A talented footballer who chose taekwondo instead.

Mahama Cho has always been a fighter, for protection and a profession.

At 6ft 3in and more than 90kg, it is difficult to imagine this intimidating 25-year-old heavyweight from London feeling physically threatened.

Mahama is a dominant figure in the +80kg weight division of taekwondo, with two World Grand Prix golds, a silver World Championship medal and a valiant fourth place finish at the repechage match at Rio 2016 to his name. Off the mat he visits schools local to his hometown to speak out on anti-bullying and adapting to life in the UK.

To vote go to lotterygoodcauses.org.uk/awards.  You can also follow the campaign on Twitter: hashtag #NLAwards. Voting in the new Athlete category runs from 9am on Wednesday 1stAugust until midnight on Friday September 14th.

The Scottish Grand National Is More Than Just Racing