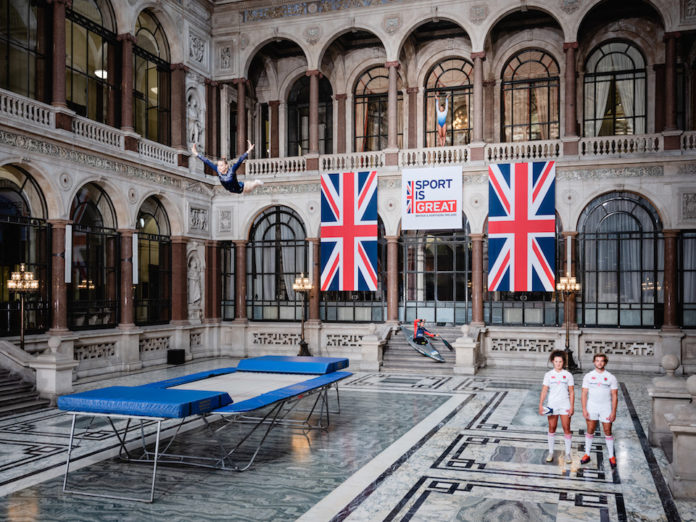 With one year to go until the Tokyo 2020 Olympic Games, this week British athletes gathered to launch a new campaign to inspire the nation to get behind Team GB and showcase the best of British sport around the world.

The Government is using its most successful ever international campaign, the GREAT Britain & Northern Ireland Campaign, to promote British sport internationally. New posters and promotional materials featuring the Team GB athletes will be seen by millions of potential visitors, business people and decision-makers overseas.

The ‘Sport is GREAT’ campaign will be a powerful demonstration of the UK’s capacity to inspire millions of people around the globe through sport. And as we look ahead to Tokyo 2020, the signs are that Team GB could be in for another exceptional Games with more World Championships medals won in more sports so far in the Tokyo cycle than at the equivalent point four years ago.

More than £265 million of National Lottery and UK Government funding is being invested in British Olympic hopefuls, 21% of whom come from Scotland, Wales and Northern Ireland, a testament to the extraordinary unifying power of Team GB.

“At both London 2012 and Rio 2016 I saw first-hand the inspirational impact that Britain’s athletes had on the country. Olympic sport is something at which we are genuinely world class and Team GB want to use Tokyo 2020 to bring the country together and make it proud of its athletes once again.”

“With just one year to go to Tokyo 2020, I am excited by the potential of Team GB to inspire and unite the nation through their incredible performances. The GREAT Campaign celebrates the best of the UK, and British athletes will proudly represent us and fly the flag at Tokyo 2020.”