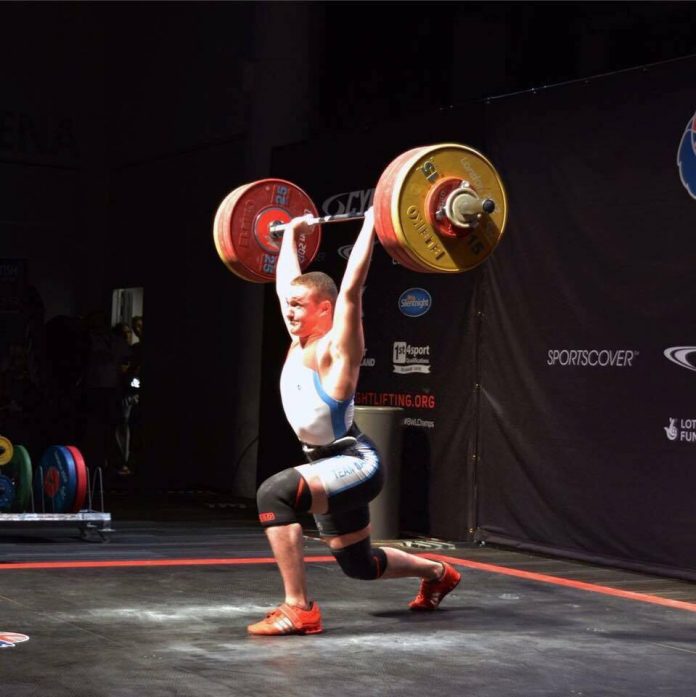 Manchester’s Alex Collier has been selected among the squad of eighteen weightlifters and Para-Powerlifters who will compete for ‘Team and Country’ in Australia for the Gold Coast 2018 Commonwealth Games in April.

The squad will compete for Team England in the weightlifting (clean and jerk and snatch) and Para-Powerlifting categories in the Carrara Sports and Leisure Centre from 5 to 10 April.

Nine of the athletes on the team have experienced a Commonwealth Games previously, with five medals between them.

Alex has been Weightlifting for over 10 years, his best Snatch is 140kg and best Clean & Jerk is 175kg in the 85kg body-weight class. Alex is a 7 times British Champion, European, World and Commonwealth competitor

Zoe followed this feat with a spectacular gold in Glasgow 2014 and set a new Games record in the process. She said:

“I am so excited to be attending my third Commonwealth Games, with a team of great people. After a tough two years missing out on the 2016 Rio Olympics through injury, I am determined to come back stronger and hopefully retain my title as Commonwealth champion.”

Glasgow 2014 bronze medallist and Team England ambassador, Ali Jawad, will be competing in the Para-Powerlifting discipline. He said:

“After a tough 2017 battling Crohn’s Disease, I am delighted that I get to compete on the world stage again. I have some special memories representing Team England and I cannot wait to do it all over again.”

Team England will send a team of around 600 athletes and staff in what will be England’s largest ever team to represent the nation in an overseas sporting event. The team will compete in 18 sports, including 38 para medal events.

“I’m really excited to welcome our weightlifting and para-powerlifting athletes to the team today. We have a good mix within the group of 18 with defending Commonwealth Games champions and first timers being selected alongside each other.

“I’m looking forward to seeing them learn and grow from each other in the Games environment on the Gold Coast next April.”

“Our squad is a real blend of new and experienced lifters, highlighting the true breadth and depth of talent currently available in England. We are most grateful to both Team England and Sport England for their continued support in providing a great opportunity for all our squad to be well prepared and in great shape for the Games. It is hugely exciting and a great opportunity for all the squad to showcase their talents, all ahead of a home Games in 2022.”

As part of its plans to send the best prepared team to the Gold Coast, Commonwealth Games England will hold a 10-day preparation camp in Brisbane, create a dedicated performance centre inside the Commonwealth Games Village, and offer a full programme of support services.

Team England’s preparation camp for the Gold Coast will include a number of specially selected high-performance sports and support facilities that will enable athletes to continue training and complete their final preparations prior to entering the Commonwealth Games Village.

​“Mrs Hockey” is the Unsung Hero of the GM Sports Awards