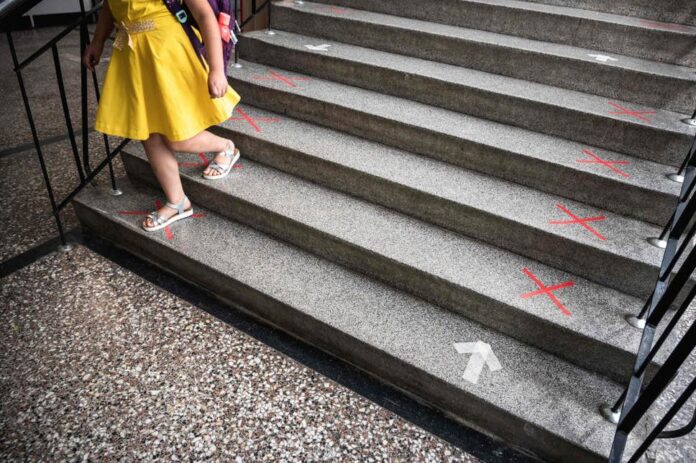 In the face of rapidly rising infection levels amongst secondary pupils, the National Education Union is calling for an urgent circuit breaker to suppress Covid cases.

Alongside other nationwide measures to suppress coronavirus, schools and colleges should be closed for two weeks at half term for secondary and post-16 students.

“The latest infection survey report from the ONS shows infection rates rising sharply amongst secondary age pupils – much more sharply than in any section of the population apart from university students.

This should be no surprise to either the Prime Minister or the Department for Education – scientists have consistently told them that secondary students transmit the virus as much as adults, and we have warned them that because we have amongst the biggest class sizes in Europe we have overcrowded classrooms and corridors without effective social distancing.

“Our classrooms often have poor ventilation leading to airborne transmissions, and in many areas we have also have overcrowded school transport where children are mixing across year group bubbles. These children live in families and are part of communities, so even if they have few or no symptoms themselves they are still part of spreading the virus to others, including to teachers and other school staff.

“Such a circuit breaker could allow the government to get in control of the test, track and trace system, and get cases lower to allow the system to work better.

“Heads, teachers and school staff understand the educational impact of this, but we also understand that in exponential epidemics early action is essential. Taking action now can avoid more disruption later.

“The government must also guarantee the expansion of free school meals and holiday food provision for the disadvantaged during any such circuit breaker.