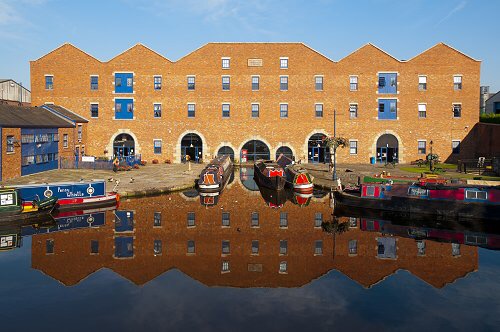 Tameside’s Museums are booming. The Portland Basin Museum has enjoyed its best-ever summer, with 29,455 people visiting in July and August.

This figure represents an increase of 2,893 on 2014, and of 6,665 over the last four years at the Ashton-under-Lyne site.
One of the most popular summer attractions was the family-friendly “Where the Wild Things Are” event which drew 1,700 visitors. It featured an interactive storytelling tent; a bug hunt; a mini-zoo with tarantulas, snakes, insects and a skunk; plus face painting, costume characters and craft activities – all themed around Maurice Sendak’s highly popular “Where the Wild Things Are” book.
In May, Portland Basin took part in the national Museums at Night initiative for the first time and more than 300 people took advantage to the chance to make an evening visit, viewing the exhibits to musical accompaniment from the Abney Orchestra.
The “Tameside’s War” exhibition marking the centenary of the outbreak of the First World War also attracted huge interest.
However, Portland Basin remains popular in its own right. People continue to enjoy the industrial exhibits, the 1920s street and the canalside location, and the museum has retained its Trip Advisor certificate of excellence.

Throughout 2014-15, the number of visitors to Tameside’s museums and art galleries grew by 11 per cent on the previous year, with 163,616 visitors welcomed across the four sites.
There was a 50 per cent year-on-year increase in visitors at Tameside Central Art Gallery, Ashton, for one of the national touring Generation installations, and almost 200 works are featuring in the annual Open Art exhibition which welcomes submissions from amateur artists.
Cllr Lynn Travis, Tameside Council’s executive member with responsibility for museums, said: “The increasing popularity of Portland Basin and our other museums and galleries is testament to the hard work of cultural services staff in constantly seeking out and staging exhibitions and attractions.
“They are proving so successful that we are seeing people not just from Tameside, but from much further afield. Their comments show that they are thoroughly enjoying their visits.”