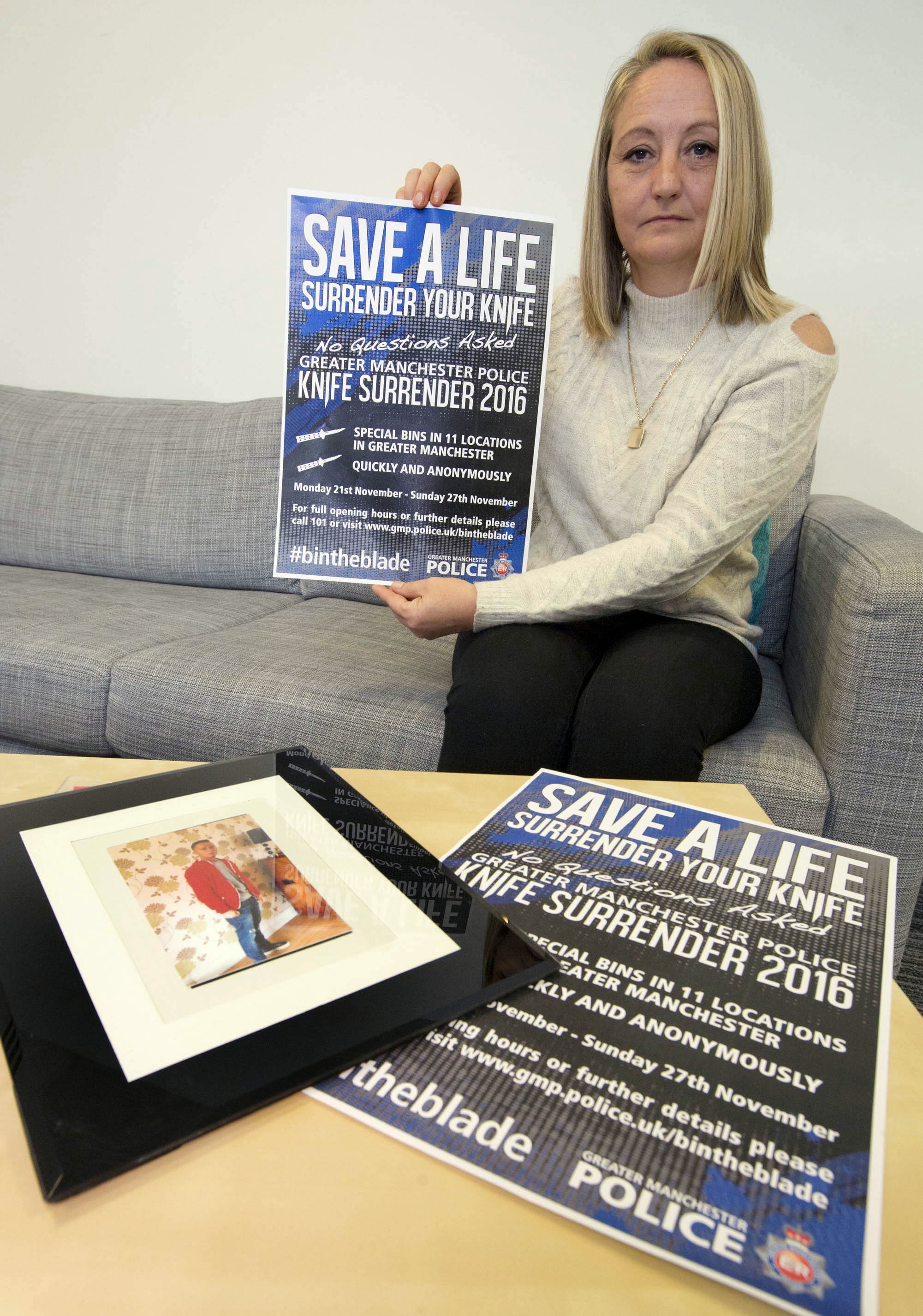 The mother of a young man who was stabbed to death in Tameside is appealing for people to ‘bin the blade’ as part of a week-long knife surrender.
Rhian Jones’ son Dominic Doyle tragically lost his life when he was stabbed during a night out in Denton. He was just 21 years old when he died.
Desperate to stop any other family suffering the same pain, his mother Rhian is supporting Greater Manchester Police’s knife surrender.

Knives – including illegal weapons or any other unwanted bladed instruments – can be dropped off in the bins safely and anonymously, with no questions asked.
Rhian Jones said: “I want to support the ‘Bin the Blade’ campaign because my 21 year old son Dominic Doyle was killed by a gang of knife wielding youths.

“It was an unprovoked attack, which took away my only child.

“Please don’t think it will never happen to you because that’s what I thought and it could be you burying your son or daughter next time because someone was carrying a knife.

“This needs to stop, we need to get the knives off the streets. Please support the campaign – bin the blade and save a life”

Detective Chief Inspector Debbie Dooley from the Xcalibre Task Force at GMP said: “Knives pose a serious risk within our communities and the more we can take off our streets, the greater chance we have of saving lives.
“We don’t want any other family to go through the pain and suffering that Rhian and her family have had to endure and we appeal to residents to take this opportunity to hand in their blades safely and anonymously.”

Deputy Police and Commissioner Jim Battle said: “Campaigns like this have proved successful in the past, taking hundreds of knives off our streets before they fall into the wrong hands. Now we ask the people of Greater Manchester to once again look to their consciences, do the right thing and bin the blade. Please take this opportunity to get rid of your blades anonymously and continue to work with us to make our streets safer for future generations.”

Manchester Survivors Choir will perform at Parklife this afternoon