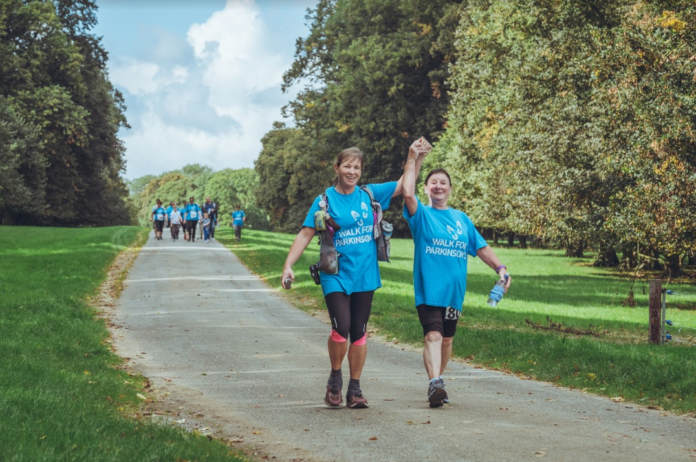 People across the North West of England are being asked to sign up to their local Walk for Parkinson’s event and stride towards a Parkinson’s cure by funding groundbreaking research.

This month, charity Parkinson’s UK has launched its annual Walk for Parkinson’s fundraiser. All the money raised from the walks will go towards the charity’s vital work to change the lives of everyone affected by the condition.

Walks taking place in the North West of England include Crosby Beach, Merseyside (14 June), Dunham Massey, Manchester (05 July) and Chester, Cheshire (20 September). The walks suit a range of ages, abilities and fitness levels, so there’s something for everyone.

Parkinson’s is the fastest growing neurological condition in the world, and currently there is no cure. An estimated 145,000 people across the UK are living with Parkinson’s, including 15,256 people in the North West of England. There are over 40 symptoms of Parkinson’s including loss of mobility, tremor, pain and depression, and every hour two more people are diagnosed.

Parkinson’s UK is the largest charitable funder of Parkinson’s research in Europe, and over the past 50 years have invested £93 million into researching Parkinson’s and treatments. The charity is accelerating breakthroughs in research, and the money raised from Walk for Parkinson’s will take Parkinson’s UK a step closer to finding a cure.

Sky Sports presenter Dave Clark is supporting the Walk for Parkinson’s events. Dave was diagnosed with Parkinson’s in 2011 at the age of 44, and as Parkinson’s UK’s Champion of Walking he has helped to raise over £300,000 for the charity through walking challenges.

Dave said: “Parkinson’s is brutal, and every month it throws a new obstacle at me. Some day, it may rob me of my ability to walk, talk, or even smile, but I keep fighting and remain positive. This year I’ll be taking on my biggest challenge yet by trekking for 18-days to Everest base camp in the Himalayas, raising money for Parkinson’s UK.

“But you don’t have to take on a challenge as big as that to make a difference, and a Walk for Parkinson’s is a great way to do some exercise outdoors with friends and family. Please sign up to a walk near you in the North West of England to fund research which will change the lives of people with Parkinson’s. Every step takes us closer to a cure.”

To sign up to a walk near you, please visit: parkinsons.org.uk/walk

If you can’t attend an event, there’s an option to organise your own walk. Visit Parkinson’s UK’s website to find out more.

Swapping Manchester for the wilds of Wales

Your NHS needs you