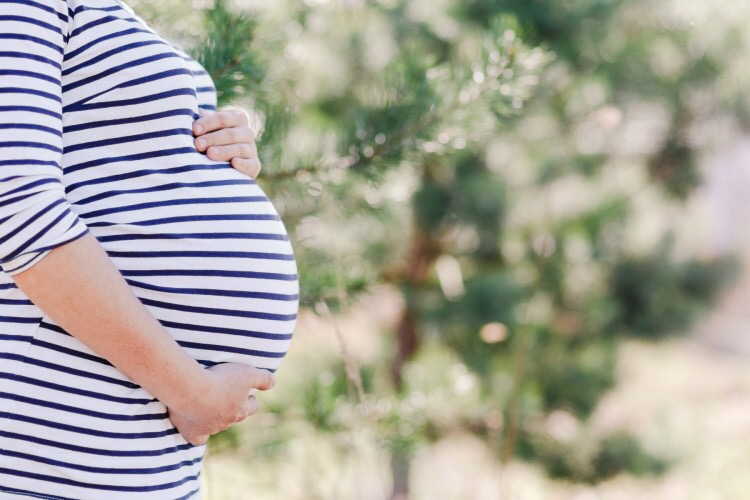 While pregnancy can be a stressful time, 89% of Manchester women say they are able to cope ‘very well’.

A new baby is likely to inspire women in Manchester to bring healthier habits to the whole family. 70% believe that the whole family needs to maintain healthy diet and lifestyle habits in order to ensure the health of their babies.

While eating enough vegetables is a problem for many women, it is less so in Manchester. 31% eat at least two portions per day.

These are some of the results after a survey of almost 2,500 pregnant women and new mothers have participated in research on their diet and lifestyle behaviours

The first results of ‘Together’, an EU-funded pilot project involving The University of Manchester, to promote healthy diets and lifestyles to pregnant women and new mothers, show that nearly 40% of pregnant women are neglecting their greens – eating less than one portion of vegetables per day.

This is only one result of a survey carried out among pregnant and breastfeeding women in six European cities: Manchester, United Kingdom; Murcia, Spain; Odense and Kolding, Denmark; Prague, Czech Republic; and Varna, Bulgaria. It gathered key insights that the cities will use to decide which activities are most needed to support the women in improving their lifestyles.
Community involvement and the participation of pregnant and breastfeeding women in health-promoting activities on offer are key to the project’s success.

The project particularly wants to reach vulnerable women (with low education level, low income, very young mothers, or women with linguistic barriers). Each city made special efforts to reach this target group and to include their answers in the findings.

Across the survey one out of five pregnant women feel stressed during the pregnancy, but 95% have the help and support of their partners who are emotionally supportive and concerned about their health and that of the unborn child. However, only 50% of men take part in prenatal classes.

Three out of four women are willing to do everything they can to safeguard their babies’ health – both during pregnancy and the breastfeeding period. They start eating and drinking more healthily, quit bad habits and 84% of pregnant women start taking vitamin supplements. 50% of women who smoke quit during their pregnancy, and 40% cut back on cigarettes (on average from 10 a day to 5 a day).

Over 80% of pregnant women get into drinking water, having a glass more than three times a day. Many are even willing to have a glass in place of coffee, with 50% of women drinking a lot less or giving it up altogether.

As far as diet and exercise goes, intentions are good – the majority of pregnant women intend to eat more vegetables and fruit, and keep up or increase regular physical activity.

There is room for improvement when it comes to exercise, and most pregnant women end up lowering or stopping their normal exercise routines.

Eighty-four percent intend to breastfeed their baby and the most common reasons to consider using formula is because women are not confident that breast milk will meet their babies’ needs or that they will have trouble breastfeeding.

Call to Ban open fridges in all supermarkets

Remembering those who have lost their lives in terror attacks