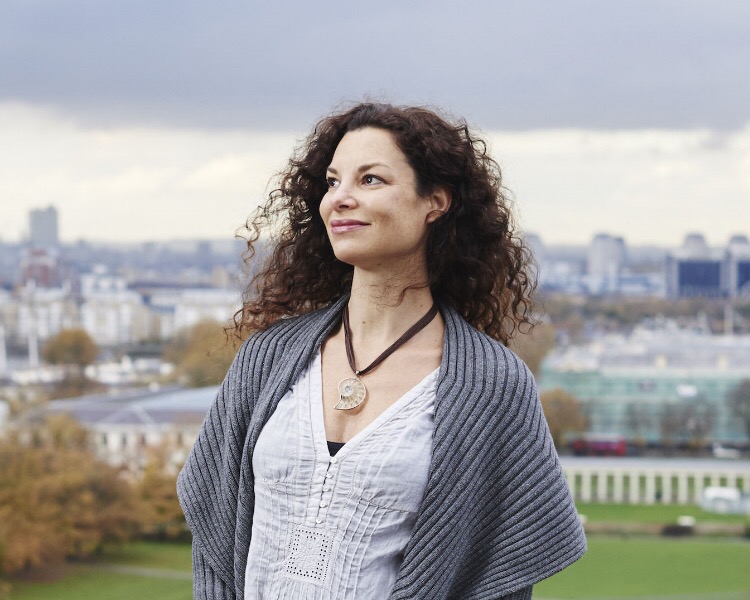 Women play a leading role in this month’s Science in the City festival (22-29 July) with a series of events to inspire the next generation of female scientists.

On Sunday 24 July, broadcaster and educator, Dr Emily Grossman will be at Number 70 Oxford Street for her family-friendly show, Dr Emily’s Weird and Wonderful Science Facts, jam-packed with fun, educational and surprising facts guaranteed to amuse and amaze.

On 25 July winner of the Royal Society Science Book prize 2015, Gaia Vince, a British environmental journalist, will be In Conversation at Manchester Museum with broadcaster Adam Rutherford. Join her for an adventure into the planet we made, as she talks about her award-winning book, Adventures in the Anthropscene. The first female winner of the Royal Society’s book prize, Gaia Vince’s ambitious journey charts humanity’s changes on our living planet.

On 26 July Women’s Big Science Night Out, part of the Science Lates series, offers an evening for women to debate important questions, celebrate the careers of female scientists, innovators and educators, and inspire all women to become leaders in their field. Featuring a series of informal social events, the evening will encourage new dialogue between women from across Greater Manchester as well as those visiting for the EuroScience Open Forum.

At Cane & Grain, on Thomas Street in the Northern Quarter, on its first-floor, Science and Industry Bar ladies can learn about the Science of Cocktails. There will be a demonstration of mixology with a cocktail maestro and expert chemist from Manchester Metropolitan University. Afterwards, there will be the opportunity to network with prominent female scientists. Tickets will cost £10 and will include two cocktails (alcoholic and non-alcoholic), and finger food.

At the festival base, Number 70 Oxford St, three female Royal Society Research Fellows will discuss The Next Big Thing, their work at the forefront of science. This event will profile some of the most extraordinary and visionary research work being adventured in the UK. Panellist include Dr Lucy Weinert who studies emerging infectious disease epidemiology at the University of Cambridge, Dr Katie Joy, who studies samples of the Moon’s surface at the University of Manchester and Dr Nike Folayan a telecommunications engineer and associate airector at WSP/Parsons Brinckerhoff. The evening is hosted by scientist and broadcaster Dr Emily Grossman.

Professor Kathy Willis, Director Science at the Royal Botanic Gardens Kew and Michael Faraday prize winner will talk about the food on our plate to the greens in our garden in Genes to beans; polyploidy on a plate on 27 July. Many plants share one extraordinary characteristic – they contain two, three or even ten copies of their entire genetic code in each of their cells. This not only gives us weird and wonderful looking plants, but almost all the plants we eat, every day. The talk takes us on a fantastic journey from their genes, to our beans.

Also part of the Science Lates series, Dr Emily Howard will celebrate the life of the first computer programmer and pioneering mathematician, Ada Lovelace, daughter of romantic poet Lord Byron, whom she never met. Born in 1815, Ada dies of cancer at just 37, and was buried beside the father she never knew. During her relatively short life she became known as a scientific visionary and even produced a design for a flying machine when she was just 13 years old. The dramatic and interactive short operatic work, Ada Sketches, will be performed at the Royal Northern College of Music on 27 July.

Dr Jenny Bizley from University College London will present Is hearing believing? which explores the neuroscience of our hearing and the crossover of our senses? Recently it’s been discovered our sight may play a part in what we think we hear.

On the last day of the Royal Society talks, 28 July, Professor Joanna Haigh FRS – co-director, Grantham Research Institute for Climate Change, Imperial College London will discuss the Physics of Climate Change and explain the integral role of physics in climate science and how its use has transformed our ability to model and predict climate change.

Kasia Molga, a top female new media artist, has designed a highly specialised piece of wearable technology that lights up dramatically in response to the wearers breathing and air pollution data. A series of spectacular art performances on air pollution called Human Sensor, a groundbreaking art will take place around the city throughout the week. Developed by Invisible Dust – a commissioning organisation that works with leading artists and scientists to produce new and exciting works of contemporary art, performers modelling the hi-tech clothing will reveal the presence of invisible pollutants to audiences during walks around Manchester city centre. Each walk will culminate in a choreographed performance in Sadler’s Yard at NOMA.

And the festival’s Artist in Residence, Di Mainstone, will be developing her work Sensory Soundpit at Number 70 Oxford St, the festival’s base. It has been inspired by her research into the ways in which the brain responds to sound and is an ambitious project which will utilise an immersive environment where sound is represented by shape, touch, motion and image. Members of the public can drop in to see the development of the interactive artwork during the festival from 23-29 July from 2pm – 5pm.

Dr Annie Keane, Director of the European City of Science Programme said: “Women are still severely unrepresented in jobs relating to science, technology, engineering and mathematics. One of the main purposes of this festival, which sits alongside the ESoF conference, is to encourage more girls and young women to consider a career in science. The festival reflects the hugely diverse and fascinating world of science, and our prominent female speakers, artists and performers can’t help but inspire audiences through great talks, shows and exhibitions.”

Review of the year June