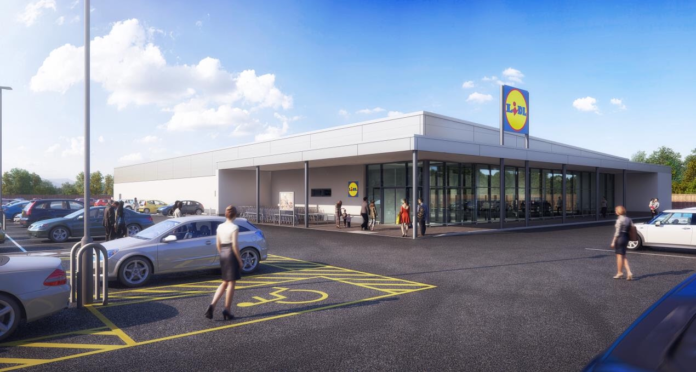 Lidl will be at the heart of plans to regenerate Mocha Parade in Lower Broughton, it has been announced.

The discounter, which is currently the fastest growing supermarket in the UK and has over 790 stores across Great Britain has been signed up as preferred retailer partner by Salford City Council.

Deputy City Mayor Councillor John Merry said the move will breathe new life into the 1970’s shopping precinct and could see work begin as early as next year.

“”We’ve had a lot of commercial interest in the redevelopment of Mocha Parade because of its links with a strong, local community and new housing development in the area,” he said.

“I’m delighted to announce that we have chosen Lidl as our preferred retail partner. Formal applications for planning permission are expected in spring and, subject to approval, we could see work begin on the site later in the year. This will bring construction jobs and training opportunities for local residents as well as opportunities from the shopping centre.

The redevelopment plans also include a new health centre and Councillor Merry said work on that was progressing well.

“Our negotiations with Salford Clinical Commissioning Group about a new GP clinic for the site are at an advanced stage and there should be good news to announce about that early in the new year,” he said.

“It’s part of a long-term plan to revitalise the whole Broughton area, which has seen considerable investment in new homes, schools and parks over the last few years. We now want to create a thriving, vibrant local shopping centre for the community.

“We are working with existing occupiers about this comprehensive redevelopment of the site and they will be fully consulted on the proposals when available.”

Plans to be drawn up for Bury Town Centre masterplan

Damning report says that Greater Manchester Police has failed to improve its response to...