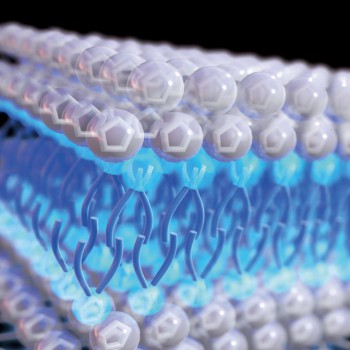 An international team of scientists, including a lecturer of Natural Sciences from the University of Chester, has devised a method to improve energy storage devices called supercapacitors, by designing a new class of detergents that are chemically similar to laxatives.

This new class of materials may be suitable for challenging operations, such as oil drilling and space exploration, but they may also pave the way to new and improved supercapacitors in hybrid cars.

These devices are essential components in modern hybrid cars and can outperform batteries in terms of higher power and better efficiency.

This is particularly the case during regenerative braking, where a driver initiates mechanical action within a vehicle, which is then turned into electrical energy, which can be stored quickly in supercapacitors ready to be released.

This reduces energy consumption and is much more environmentally friendly. More importantly, using the new materials such as developed in this study, future supercapacitors may even be able to store more energy than batteries, potentially replacing batteries in applications such as electrical vehicles, personal electronics, and grid-level energy storage facilities.

The novel materials developed as part of this study are known as ionic liquids. To explore the exciting potential offered by ionic liquids for emerging electrochemical technologies, the authors designed a new set of highly efficient detergent-like ionic liquids and explained how they work at electrode surfaces.

Understanding how they operate will help design even more efficient devices for storing electrical energy.

Dr Gavin Hazell, from the University of Chester’s Faculty of Science and Engineering at Thornton Science Park, is a co-author of the study. He said: “A discovery of this kind utilizes a team of scientists from across the globe. The team has a very diverse set of skills including synthetic chemistry, advanced structural, microscopy and computational methods.

“The work demonstrates the power of scientific research ‘without borders’, the groups from different nations were able to sum their individual expertise to allow for this fascinating discovery.”

Who are the Richest in the North West