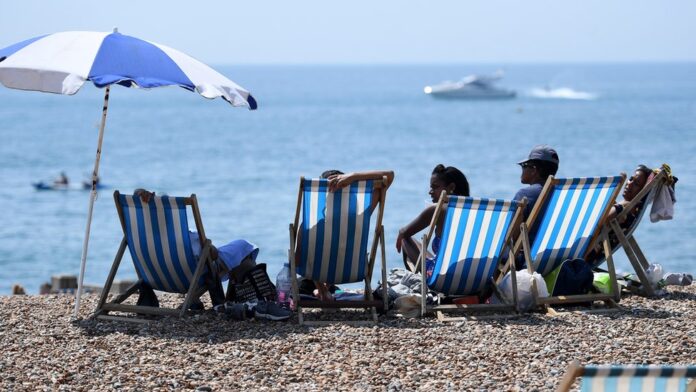 The UK could be facing a future of extreme heatwaves according to a new study in which scientists mapped almost 40 years’ worth of trends to project what lies ahead.

Between 2016 and 2019 there were more than 3,400 excess deaths in England as a result of heatwaves. Researchers from the University of Bristol say that the projected future increase in temperature extremes as suggested by the trends mapped with the help of UKCP18 represents a future risk to well-being in the UK.

Important aspects of heat extremes were investigated in the UKCP18 data, including the duration, intensity and spatial extent of heatwave events and different measures of heat stress that account for humidity – a factor which adds to discomfort on hot days. By comparing the modelled heat extremes to observational datasets, the researchers were able to highlight the strengths and weaknesses of the UKCP18 simulations.

The study, conducted in collaboration with the University of East Anglia’s Tyndall Centre for Climate Change Research, concludes that UK summer temperatures, and extreme hot days, are projected to warm up to 50 per cent faster than the average rate of global warming.

The research team are now exploring how to work with regional policymakers to understand the implications at localised socio-economic levels.

Lead author Dr Alan Kennedy-Asser, Research Associate in Bristol’s School of Geographical Sciences, said: “Faster rates of warming in extremes compared to the global average temperatures have been shown in research before, however this evaluation of UKCP18 suggests these new simulations are particularly effective at simulating the UK’s recent summer heat extremes. This increases confidence in the suitability of these model projections and provides some of the clearest evidence that this amplification of summer extremes is happening in the UK.

“So often the conversation about climate change revolves around the global average temperature – such as the Paris Agreement targets of limiting warming to 1.5 or 2 °C above pre-industrial levels. Seeing these results really hits home as unlike the global average temperature, which is hard to relate to, we have likely all experienced the recent hot summers and can imagine how these changes might impact us.”

Oldham Councillors agree plans for new and bigger street bins – and some...