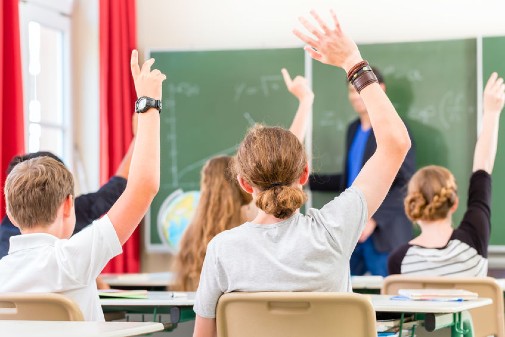 The usefulness of Ofsted ratings as guides for parents and students in choosing a secondary school has been called into question by the findings of a new study.

The study, led by the University of York, suggests that Ofsted ratings of secondary school quality account for less than one percent of the differences in students’ educational achievement at age 16.

For example, if one student attending a school rated “good” achieves an A at GCSE and another student from a school that “requires improvement” gets a B – the study reveals that only one tenth of the difference in their grades can be attributed to the school rating.

Lead author of the study, Professor Sophie von Stumm, from the Department of Education at the University of York, said: “We have found that the factors parents care about most when selecting a school – their child’s educational achievement and wellbeing – are negligibly predicted by Ofsted ratings.

“If Ofsted ratings don’t predict students’ achievement and wellbeing, we need to reconsider just how helpful they are in general.  Ofsted Inspections are extremely stressful for teachers – causing problems for recruitment and retention in the profession, and they are also very costly to the taxpayer, with the bill per visit coming in at around £7,000 per school on average.

“Parents often go to great lengths to secure a place at an ‘outstanding’ school for their children – either by moving house or commuting long distances. Our research suggests these investments don’t really achieve what they are aimed at – good grades and well-being for children. So parents should ask themselves: is an outstanding school really worth spending an hour commuting each day rather than using the time to play or read?”

The study looked at data from just under 4,400 pupils in England. The data included information on family background, academic grades at age 11 and 16 and the results of questionnaires investigating levels of wellbeing and school engagement.

Roughly in line with national averages, 27% of the young people in the study attended an “Outstanding” school, 47% attended a “Good” school,22% attended a “Requires Improvement” school, and four percent attended a school rated as “Inadequate”.

While the study results initially indicated that Ofsted’s overall quality rating of schools accounted for four percent of the differences in educational achievement at age 16, most of this association could be attributed to family socioeconomic status and prior achievement in primary school.

Professor von Stumm added: “This finding suggests that even the small benefits of school quality for students’ individual outcomes can be largely attributed to schools’ selection of student intake, not to their influence on academic progress or ‘added value’.

“Due to high demand for places, schools rated ‘outstanding’ can be more selective about the pupils they enrol. They are also often situated in more affluent neighbourhoods with families of higher socioeconomic status. We know from previous research that children’s early years school performance and family background are two of the strongest predictors of their later educational achievement.”

Manchester is the second most popular city for new graduates