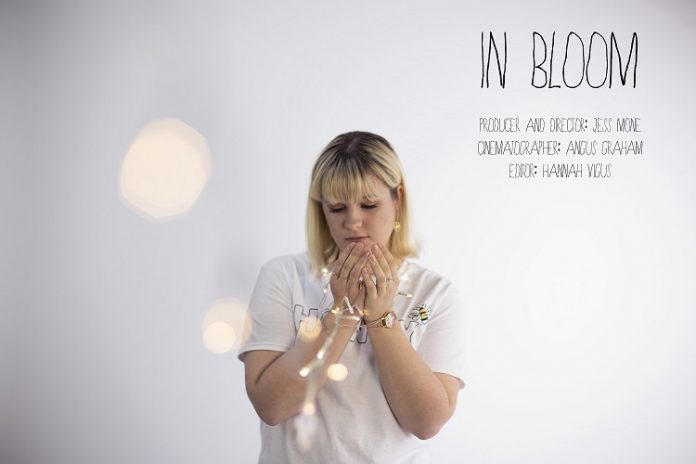 A documentary following a teenage girl’s road to recovery from her terrible injuries sustained in the Manchester Arena bombing is to be screened – filmed by her sister who was remarkably unhurt in the attack.

Jess Mone, 21, and her 18-year-old sister Hannah, from Bramhall in Stockport, were just 15ft from the explosion at the Arena last May.

Hannah lost the little finger on her right hand, received permanent damage to her ring finger and hand, and had pieces of shrapnel embedded in her body.

The result, In Bloom, is to be shown at the Manchester School of Art Degree Show (June 9-20) and as part of a special filmmaking student cinema takeover at HOME on June 7.

The budding filmmaker began to film Hannah just a couple of weeks after the attack, so she was able keep a record of her progress and keep her motivated through her recovery.

She soon realised that Hannah’s journey was an inspirational tale of resilience and bravery in the face of such overwhelming grief.

Jess said: “In Bloom is a personal portrait of my sister’s recovery and also explores the close relationship between the two of us.I am so proud of how courageous and brave she has been through such a difficult period and I believe everyone should have a chance to hear her story.”

The film features Jess interviewing Hannah about the night itself – the two sisters regularly went to gigs at the Arena – and the following days she spent in hospital. It shows her injuries healing, and the daily dose of medication she has to take to manage her pain.

But it also shows close-ups of Hannah’s hand decorated with beautiful floral patterns and the Manchester bee, and footage of her indulging her passion for sewing.

It culminates in a video of Hannah enjoying her 18th birthday party with her friends and family, and finally, being discharged from hospital.

That – according to Jess – reflects the positive attitude Hannah has displayed since the attack. “The first thing she said following the bomb was – ‘’I’ve got a maths exam on Thursday, how am I going to do my maths exam?’”.

Both sisters have undergone treatment for post-traumatic stress disorder since the attack, and have struggled with coming into Manchester city centre on their own.

But, says Jess, making the film is an important symbol of how they both want to get on with their lives. Jess has ambitions to be a film producer, while Hannah explains in the documentary how she wants to travel the world.

Jess said: “Afterwards I realised you only get one shot at life, and that’s why I made the film. When you get so close to losing it, you realise you need to get on with your life.

“We do more things together now. Time is precious and we know we need to make the most of it.”

Jess and Hannah both attended the recent memorial service for the victims and have found the first-year anniversary of the attack difficult. But they were both able to re-walk their route from the Arena through Victoria station for the first time since last May.

And it’s that ethos of looking towards the future which has inspired In Bloom, which will be shown to audiences in Manchester for the first time this week.

Jess said: “The main thing I want from the film is that people don’t come away from it crying. I want them to come away thinking – look at this brave young girl. This terrible tragedy does not define who Hannah is.”