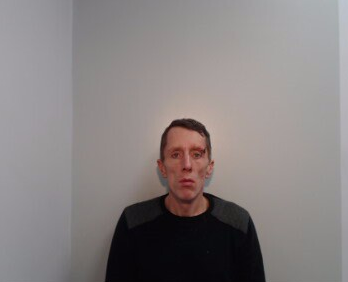 A Stockport man who committed two burglaries while wanted on recall to prison has been jailed.

Forty two year old Stephen Connolly was sentenced to four years and three months imprisonment, after pleading guilty to two counts of burglary and one count of taking a conveyance without authority.

Police turned up at Connolly’s home address as he was wanted on recall to prison. Connolly was not present.

A short time later, police received a report of a man behaving suspiciously nearby and arrested Connolly and found him to be in possession of a number of stolen goods.

Following extensive enquiries as a result of the discovery of stolen goods, officers established that Connolly had been involved in two burglaries in the Shaw Heath area in the early hours of the same morning.

PC Connor, of GMP’s Stockport district, said: “Connolly thought he could evade justice by trying to hide from officers when they attended to arrest him so I am pleased he is now in prison.

“I hope this case provides Connolly’s victims and members of the public with reassurance that Greater Manchester Police is committed to catching offenders.

“We will continue to do our best to ensure criminals face justice and protect the public from opportunists like Connolly.”