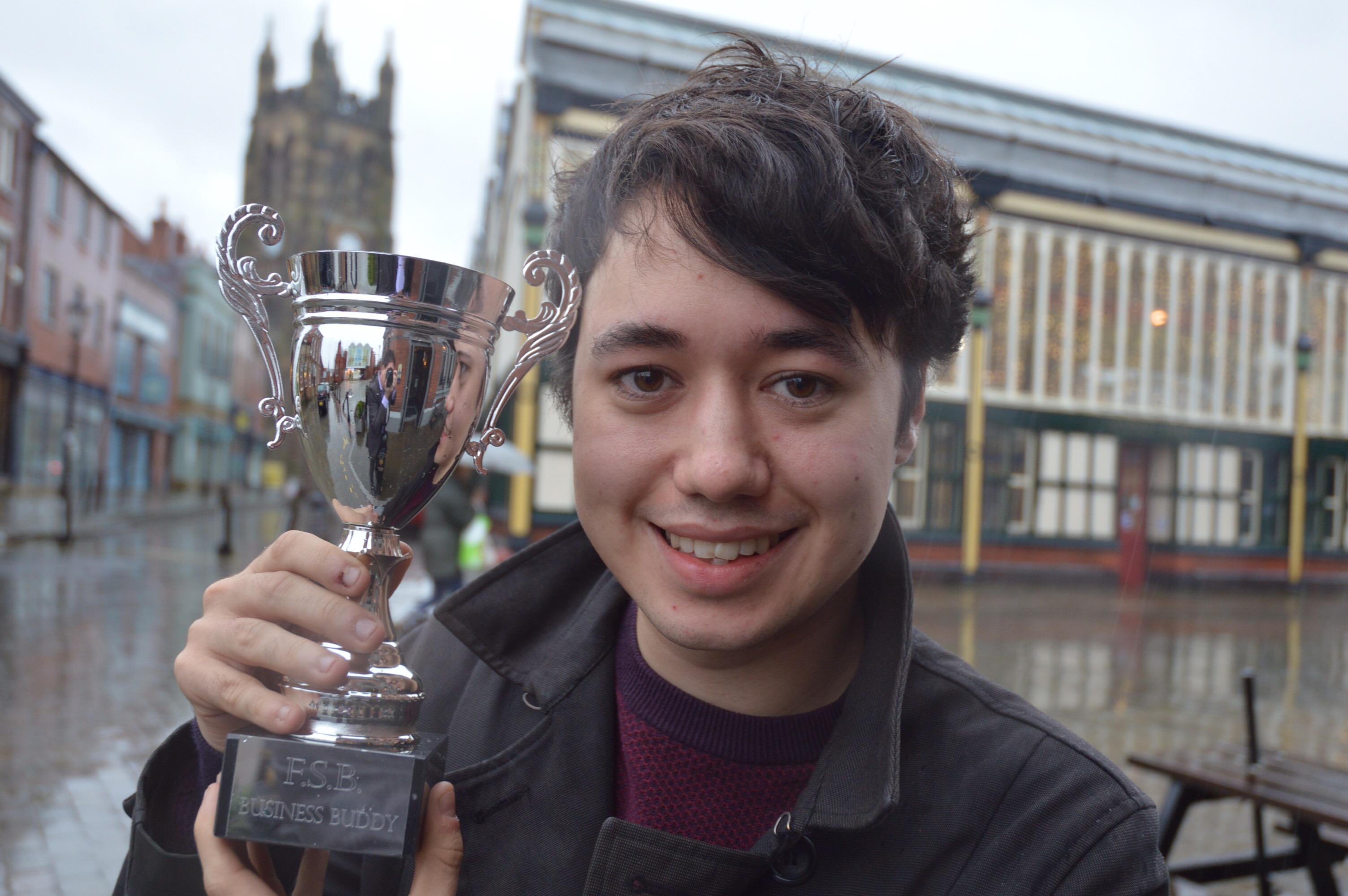 A Stockport entrepreneur who masterminded a project to encourage young people to start up in business has scooped an award from the country’s leading business organisation.

The Federation of Small Businesses (FSB) presented the founder of The Teenage Market, Joe Barratt, with their ‘Business Buddy Award’ in recognition of his efforts to instill entrepreneurship in young people.

The Teenage Market was launched in Stockport in 2012 by Joe, then aged just 19, and his brother Tom, 17, who were both eager to see more young entrepreneurs start their own market businesses. The scheme proved such a success Joe secured funding of £55,000 from Stockport Council to develop the idea further.

Now entering its fifth year, Joe has helped organise dozens of similar markets across the country, and has developed a franchise model he is now selling nationally to other local authorities, which sees young market traders up to the age of 30 coming together to sell their goods. Bolton and Leeds councils are the latest to sign up and launch theirs next year.

The Business Buddy awards, which launched in autumn 2014, recognises individuals, groups or organisations who’ve gone ‘above and beyond’ for the good of small businesses – with Joe being just the fourth person to receive the award in Greater Manchester and the first in Stockport.

“We commend him for his enthusiasm to encourage entrepreneurship in young people – who the business leaders of tomorrow. For this he is a worthy recipient of the FSB’s Business Buddy Award, and becomes the first person in Stockport to receive it too. Well done Joe!”

After receiving the award Joe said: “It’s a real honour to receive this award from the FSB for my work on developing The Teenage Market. However, the real entrepreneurs are the thousands of young people who are taking part in Teenage Markets all across the country.”