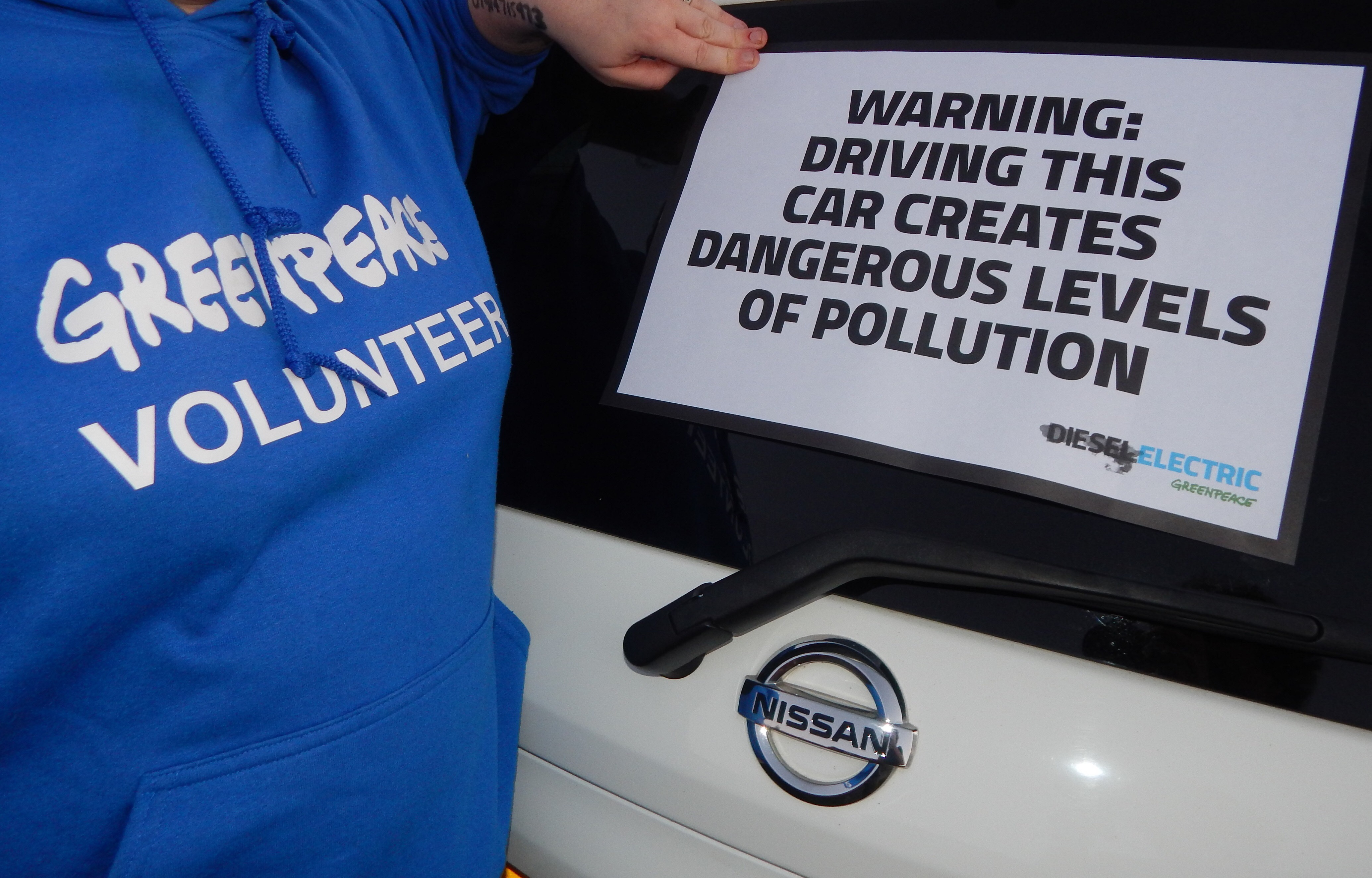 Greenpeace are calling on car manufacturers to phase out diesel engines and produce an affordable electric car.

Martin Porter of the Manchester Greenpeace Network said “All diesel cars should come with a health warning. We intend to make sure that in Manchester, they do.”