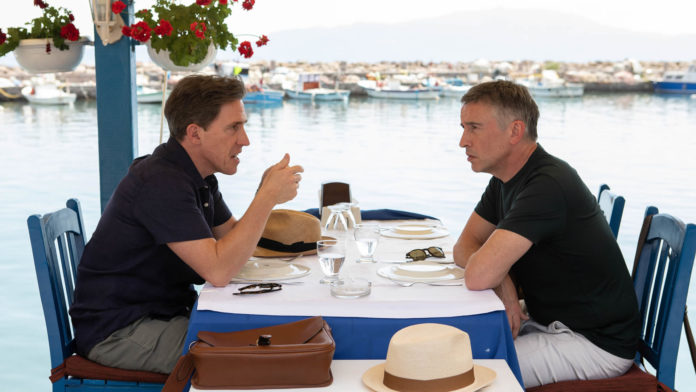 The Trip is returning to Sky One and streaming service NOW TV on 3 March 2020 at 10pm with a fourth instalment of the multi award-winning and much-loved comedy series, starring Steve Coogan and Rob Brydon.

The Sky original series, from Revolution Films and directed by Michael Winterbottom, will see Steve and Rob’s fictionalised characters embark on a road trip around Greece for a fresh helping of gastronomic adventures. The six part series is succulently seasoned with laughter, impressions and scintillating conversation.

The Trip to Greece is sure to satisfy viewers’ palettes as the duo lock horns over tragedy, comedy, myth and history. All while dining on cuisine traditional to beautiful Greek hot spots including Assos, Kavala, Stagira, Athens, Epidaurus, Hydra and Plyos among many, many others.

The series follows on from Sky original The Trip to Spain, which saw the duo venture from Getaria to Malaga in 2017, securing Rob Brydon a BAFTA nomination for Best Male Performance in a Comedy Programme.