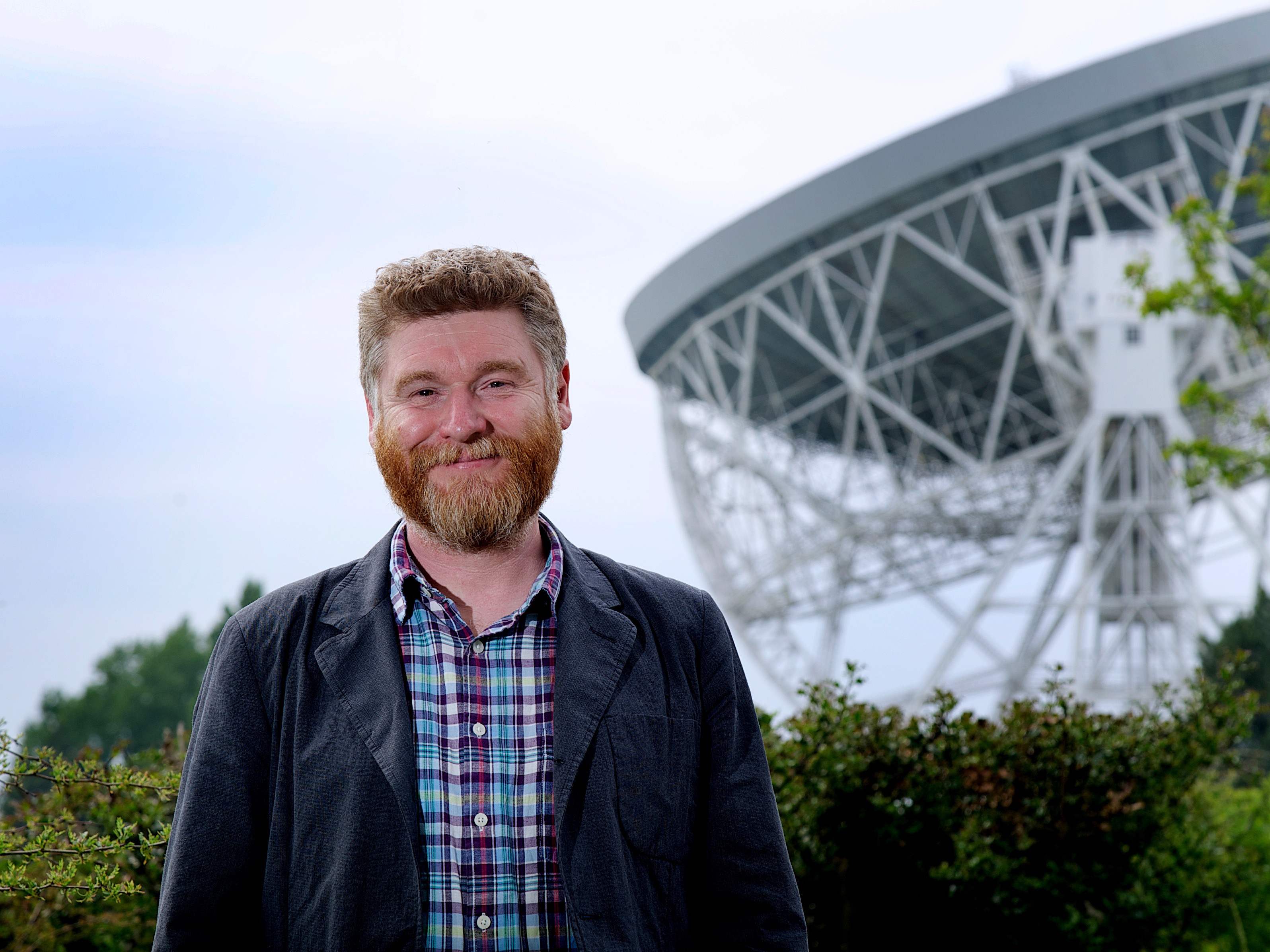 A Professor of Astrophysics from The University of Manchester has teamed up with two acclaimed music producers to create a unique composition using sounds from space, which is now being released as a limited edition 7” single.
Tim O’Brien, who is the Associate Director of Jodrell Bank Observatory, has been involved in several projects featuring sounds from space in the past, including collaborations with the BBC Philharmonic Orchestra, Sigur Rós and New Order.

Talking with his namesake, Tim Burgess of The Charlatans, together they came up with the idea to create a hit single using the Jodrell Bank’s sound archive. Jodrell has a huge library of recordings from space, including the rhythmic beats of pulsars and the bleeps from the early space missions, which they thought would make fantastic material to be worked into music.

Professor Tim worked with music producers Jim Spencer and Dave Tolan, who have previously made records with New Order, The Charlatans and Echo & The Bunnymen, to create the track. The results have now been made into a moon-shaped picture disc released on O Genesis records, with Professor Tim speaking about the origin of the sounds on the record’s B-side.

The track includes signals from spacecraft at the dawn of the space age, the death throes of an exploding star, and the sounds which flooded through the Universe after the Big Bang. The title itself – “Hello Moon, can you hear me?” – echoes the recording of a voice bounced off the Moon made more than 50 years ago at Jodrell Bank.

“I couldn’t get the smile off my face listening to Dave and Jim as they built the track,” said Tim. “It was great to hear the sounds of black holes and spacecraft signals being worked into music, referencing Kraftwerk, Aphex Twin and Donna Summer along the way.”

Othe sounds include Recordings of the beeps of the first spacecraft ever put into orbit, Sputnik 1 and Jodrell Bank’s recording of the signals sent from Soviet spacecraft Luna 9 – in February 1966 it became the first to soft land on the Moon, take a photo and send it back to Earth. The signal was intercepted by Jodrell Bank and printed on a newspaper fax machine

You can download the track here, and the limited edition 7” record is available from various outlets, including Piccadilly Records from July 22nd. Tim O’Brien, Jim Spencer, David Tolan and Dan Tombs will be talking about how they created the track at the Bluedot Festival at Jodrell Bank on 22nd July.