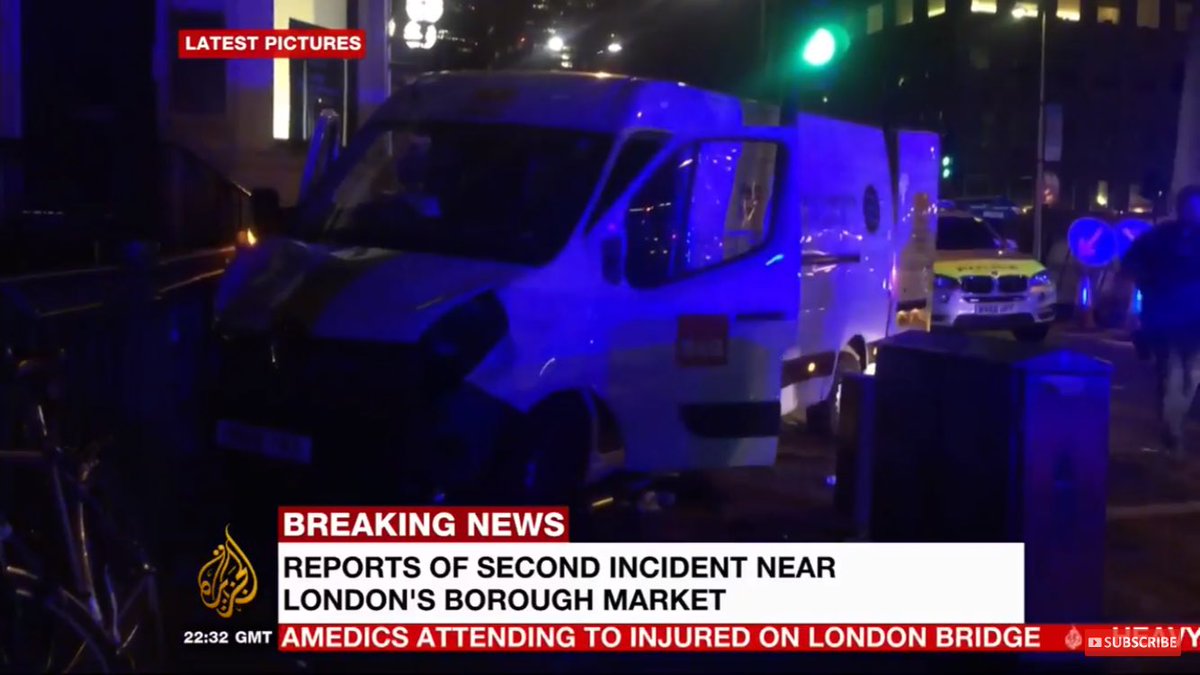 Six people have been killed in London in terrorist attacks on London Bridge and Borough Market.

At least another thirty people have been injured and three attackers have also been killed.

Police said that they believe there are no more attackers on the run.

A van ploughed into pedestrians crossing the bridge just after ten pm last night before the attackers then left the vehicle and stabbed a number of people in Borough Market, south of the bridge.

All three attackers were shot dead by police within minutes.

Metropolitan Police Assistant Commissioner Mark Rowley said: “The suspects were wearing what looked like explosive vests but these were later established to be hoaxes.”

The Prime Minister described the incidents as “dreadful events” and will chair a meeting of the government’s Cobra emergency committee on Sunday.