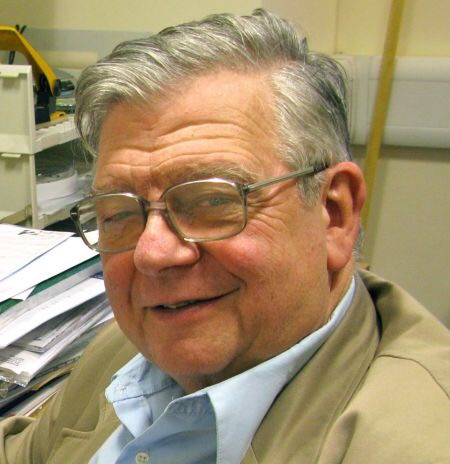 A £3m STATE-OF-THE-ART Environment and Life Sciences laboratory at the University of Salford is to be named after geneticist Sir Walter Bodmer.
Sir Walter, one of the proposers of the Human Genome Project in the 1980s, and former research director of the Imperial Cancer Research Fund, will officially open the laboratory on Wednesday, February 24, 2016.

The Human Genome Project – which mapped some 3 billion pairs of genes which make up our DNA – is considered the most significant advance in the biosciences in a century.

The new laboratories in the Cockcroft Building are equipped as a world-class teaching facility, and feature an AV system that allows the lecturer to be linked visually and audibly with interconnected labs.

A Manchester Grammar School graduate, Walter Bodmer won a scholarship to read Mathematics at Cambridge where he also completed a PhD in population genetics. His post-doctoral work in molecular biology led to a position in at Stanford University Medical School and he later became Professor of Genetics at Oxford University.

Walter has held prestigious positions including Director General of the Imperial Cancer Research Fund, Principal of Hertford College Oxford and Fellow of the Royal Society. He was knighted in 1986 for his contributions to science, notably the instigation of the Human Genome Project and was the second President of the Human Genome Organisation.