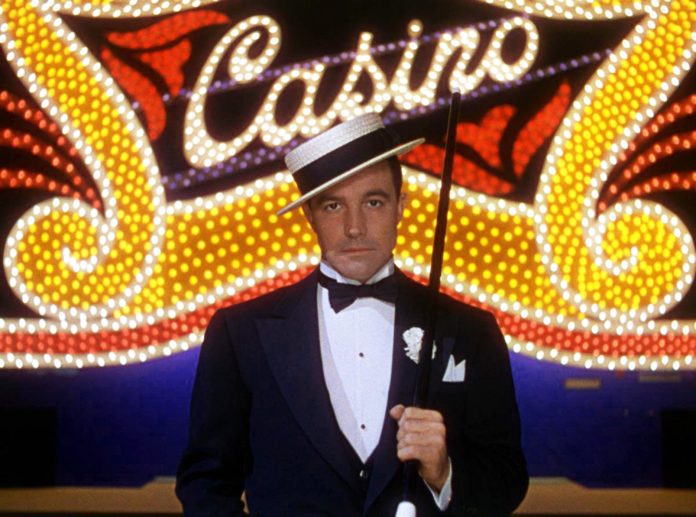 A season of classic musicals will be delighting filmgoers at HOME this Christmas.

The season was announced with a little help from the BFI and a Singin’ in the Rain flashmob which took place outside HOME this weekend in suitably rainy weather.

As part of the BFI’s Musicals: The Greatest Show on Screen and HOME’s year-long Celebrating Women in Global Cinema, there’ll be a particular focus on Betty Comden, the Oscar-nominated lyricist, librettist, screenwriter and actor who as one half of the musical comedy duo Comden and Green wrote some of the greatest musicals ever to grace the screen.

Comden classics screening include Singin’ in the Rain, On The Town, The Barkleys of Broadway, It’s Always Fair Weather, The Band Wagon and Bells Are Ringing.

There’ll also be a number of lesser known gems, including three looking at how film-makers used musicals to engage with the social issues of the 1930s – most importantly, and urgently, the economic depression that blighted many people’s lives and forced people to make difficult decisions to survive.

The Umbrellas of Cherbourg is the dazzling musical which launched Catherine Deneuve to stardom, as an umbrella-shop owner’s delicate daughter, glowing with first love for a handsome garage mechanic who is shipped off to fight in Algeria. Also screening will be its followup, Les Demoiselles of Rochefort in which real-life sisters Catherine Deneuve and Françoise Dorléac play twins looking for love and excitement in their hometown. And from India, Pakeezah is one of the most extraordinary musical melodramas ever made, much beloved by audiences for Meena Kumari’s breathtakingly tragic turn as the doomed Sahibjaan, who is born in a graveyard to a dying mother who was once a famed courtesan.

There’ll be more hidden gems in the form of First a Girl, a 1935 adaptation of the German film Viktor and Viktoria which would later be turned into both Victor Victoria and Shakespeare in Love.

The BFI’s Musicals! The greatest show on screen is a celebration of the joyful, emotional shared experience of watching film musicals. The UK-wide film season supported by National Lottery, BFI Film Audience Network and ICO.

BFI Musicals! The greatest show on screen runs at HOME from Sunday, Dec 1 to Monday, December 30, with Bigger Than Life’s Les demoiselles de Rochefort on Tuesday, January 14 and Not Just Bollywood screening of Pakeezah on Sunday, January 16.

How is a Britney Spears song connected to a global network of secret prisons?

HOME announces Women, Organise! – a new programme of films about women’s activism and...