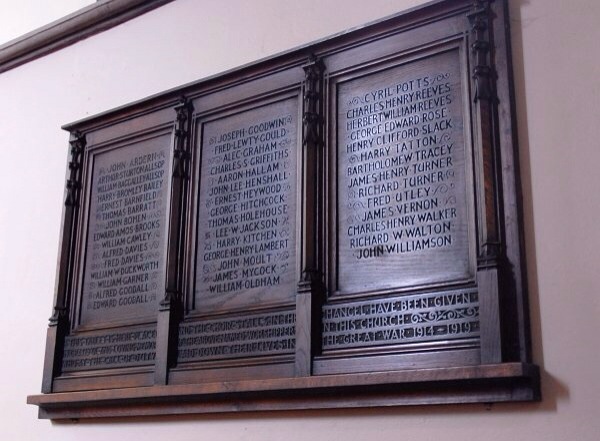 Around 30,000 residents of the towns which make up the current Stockport borough served in the Armed Forces in this period. Over 2,000 of these Stockport Soldiers lost their lives in the war and scores returned home injured.

The lives of those left in Stockport whilst the War was raging in Europe changed dramatically. Food was in short supply and those left behind had to cover jobs vacated by soldiers, whether working in factories or on the land.

Stockport Council will be working with Armed Forces representatives and community groups over the next four years to commemorate the centenary of occasions which had a national or local significance in the course of the First World War.

On Sunday 3rd August, Stockport’s Mayor, Councillor Kevin Hogg, will lead a parade from the Armoury in Greek Street to St Mary’s Church in the Market Place to commemorate the centenary of the outbreak of war in Great Britain. The parade will leave the Armoury at 2.30pm and will be followed by a Civic Service at St Mary’s Church at 3.00pm.

On Monday 4th August between 10pm and 11pm Stockport will be participating in the national LIGHTS OUT project, which forms part of the World War I Centenary Art Commissions.

LIGHTS OUT will mark the exact time when Britain declared war on Germany. As the moment approached, the British Foreign Secretary Sir Edward Grey made the famous remark ‘the lamps are going out all over Europe; we shall not see them lit again in our life-time.’

Stockport Mayor, Councillor Kevin Hogg, said: “We hope that residents and businesses in Stockport will join us in this important commemoration by turning their lights out and leaving on a single light or candle between 10.00pm and11.00pm on this date.”

On the evening of Monday 4th August the Friends of Woodbank, Vernon and Poise Parks will be hosting a candlelit procession and act of remembrance in front of the entrance to Woodbank Memorial Park. Stockport Art Gallery & War Memorial will be open until 11pm for quiet reflection and commemoration and will be participating in the LIGHTS OUT initiative.

The Town Hall will also be participating in the LIGHTS OUT initiative, there will also be a commemorative centenary dance taking place from 7.30pm to 11.00pm offering an evening of 50/50 ballroom and sequence dancing and a sing a-long with the Wurlitzer.

LIGHTS OUT marks the official start of commemorations of the First World War centenary in Stockport. Events will be taking place in libraries, museums and community spaces over the next four years.

More information can be found at the Council’s WW1 web pages.