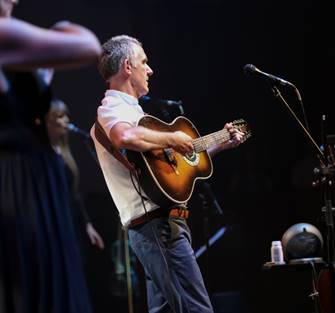 John O’Connell’s Simply Dylan Band will be back in 2021 for a brand-new headline tour across the UK to celebrate Bob Dylan’s 80th Birthday.

As straightforward as the title suggests: no frills, no gimmicks, no pretense; Simply Dylan is John’s personal exploration and celebration of the rich and diverse work of Bob Dylan. O’Connell, formerly of Groundpig, has had his name indelibly written into the tapestry of Liverpool’s music scene, has collaborated with other highly reputable musicians to form his Dylan Band.

The combination of the band delivering high energy renditions of the prodigious songwriter’s work and John skillfully singing and enunciating the lyrics, has seen the project go from recognising Dylan’s 70th Birthday, to selling out the Cavern Club 6 times, to receiving fantastic reviews from audiences across the UK and most recently having the privilege to open up the Isle of Wight Festival in 2019 on the big top stage.