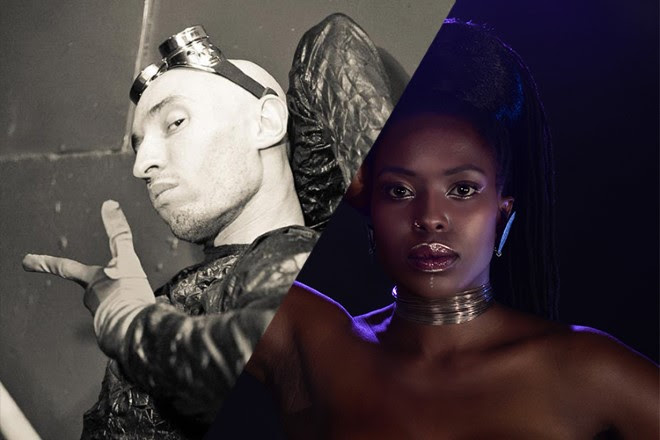 Freelancers are a vitally important part of the creative sector and the Covid-19 pandemic has had a devastating impact on their livelihoods. The National Freelance Task Force was set up to strengthen the influence of the self-employed who make up a large and vital part of the performance sector and create ongoing points of connection between freelancers, organisations, funders and government.

Chanje has performed alongside the likes of Benjamin Zephaniah and Linton Kwesi Johnson and produced and toured three full length plays, Superposition, Plant Fetish and Amsterdam. In 2017 she became one of the first Jerwood Fellows, an MIF and Jerwood Arts creative development programme providing access and insight into how we create international Festival work whilst helping artists develop their own practice.

Following the forced cancellation of the tour of her new show Plant Fetish earlier this year, Chanje became the first artist to be supported by Manchester International Festival’s new fund for artists and creative practitioners in response to COVID-19 with which she produced an online Festival in My House… And Yours.

Chanje said, “As a performance artist with a national tour cancelled due to the pandemic, I felt I wanted to do something to save the arts and culture industry. It has a special place in the world that makes everyday existence more magical. I know how hard freelancers work, from performers to stage managers to lighting and sound designers. To be representing freelancers on the national task force, for MIF and freelancers in our region, is an absolute honour and I want to champion our voices and be part of the team helping it to survive and thrive again.”

Darren Pritchard is a director. producer, choreographer and vogue house mother with 20 years experience in the fashion, theatre, TV and performing arts industries. Darren trained at the Northern School of Contemporary Dance before going on to dance with Wayne McGregor’s Random Dance Company. He has choreographed for Spice Girl Mel C, opened up for Janelle Monáe, danced and provided performers for Defected Records Glitter Box and has choreographed for CBBC.

In addition to his leadership in the infamous House of Ghetto and pioneering efforts in Black Pride MCR, Darren is also the co-artistic director for the Manchester-based arts organisation Black Gold Arts.

When appointed by HOME to the National Freelance Task Force Darren said, “I am looking forward to working alongside fellow freelancers on the task force to get voices heard, My main focus we be on the QTIPOC community and making sure the often unheard voices are amplified and heard.”

Set up in response to the Covid-19 crisis, MIF’s Artist Drop-ins provide a space for creatives of all kinds to keep in touch, share experiences and share ideas. Other activity MIF has developed to support Greater Manchester’s creative community includes funding for local artists and performers to develop work during the lockdown – from online Remote Residencies to workshops and exhibitions. MIF is also part of GM Artist Hub, offering advice and resources to the independent practitioners, artists, and companies of Greater Manchester.

Re-Imagined Zorro the Musical Production to Arrive in Manchester

Dust off the bike and sign up for Manchester HSBC UK City Ride this...