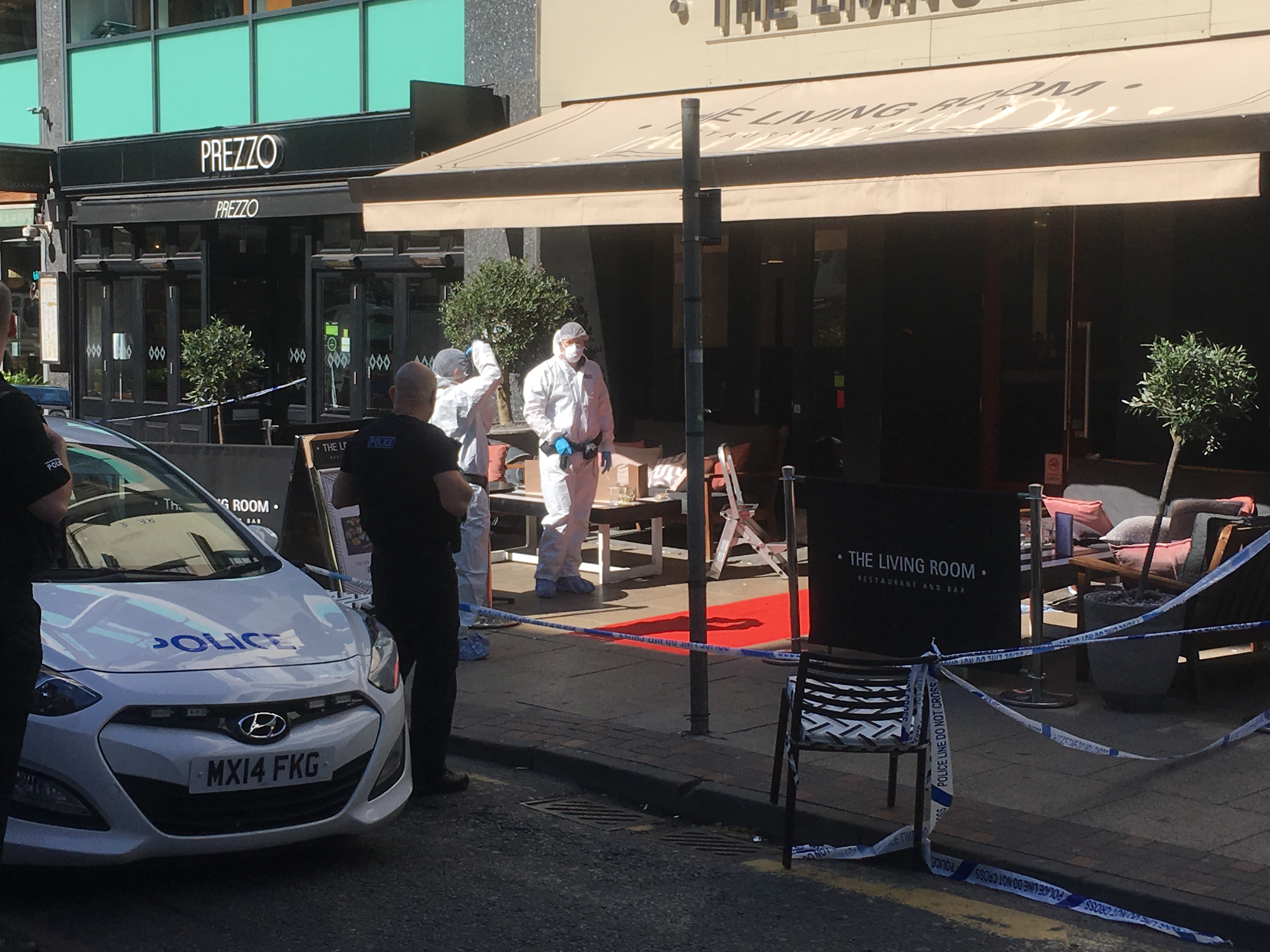 Two men on a motorbike fired shots at the Living Room on Deansgate in the City Centre last night as a fundraiser for the Christie hospital was being held.
The incident happened around 10.15, one person was hurt in the incident say police but not from the gunshots.

Deansgate was sealed off by police following the incident.

Superintendent Arif Nawaz, of GMP’s City of Manchester team, said: “This is a shocking incident that will understandably cause concern among residents and visitors to the city.
“We believe this to be a targeted attack and was not a direct threat to the wider community. It is fortunate that nobody was seriously injured.
“We have significant resources in place, with a team of specialist officers working to establish the exact circumstances and find the men responsible. We have also increased police presence in the area.
“This happened on one of the busiest streets in the city where lots of people were around and may have seen something.
“If you were in the area at the time and saw anything suspicious I would urge you to come forward. Any information you have could prove to be vital.”

It is not the first time that shots have been fired at the Deansgate venue.Back in 2014, three shots were fired from the back of a motorbike from which two people were seen driving shortly after the shooting.

Armed police will be patrolling the Xmas Markets