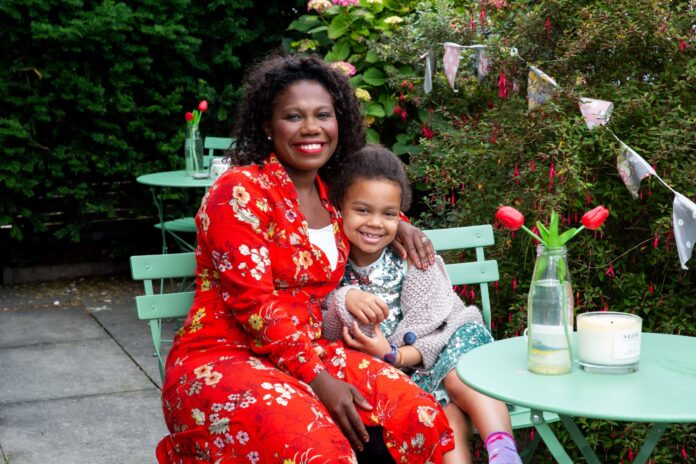 A south Manchester mother and daughter have published a lockdown story book which celebrates their diverse local community.

Sally Penni, 41, and daughter Maddie, 6, began writing Rosie and the Unicorn together when home-schooling got tough and left them uninspired.

Maddie’s love for the magical creatures became the starting point for a picture book which is now set to raise funds for the NHS, Royal Manchester Children’s Hospital and mental health charity Young Minds.

In the story, Rosie wakes one morning to find a rainbow unicorn outside her bedroom window. The pair fly around her village, meeting local people from all over the world. Rosie tells the unicorn that people come from all kinds of different families, some have two dads and some have none, they have different religions, different accents and many varying colours of skin.

Local landmarks, including the Cheese Hamlet, Wilmslow Road, the Poppy Path and Didsbury Park can be seen throughout the book, which is illustrated by Lisa Williams.

Lockdown has been extra tough on the family as Maddie, her parents and two older brothers Jack, 9, and Will, 8, have been shielding throughout to protect a family member.

Sally, who works as a lawyer in Manchester, said: “Although the last few months have been very difficult, working from home whilst trying to home-school three children who have not been allowed out at all, projects like publishing this book have kept us going.

“Our family is dual heritage and it is so important for our children and many others to see picture book heroes and heroines who look like them. Not all little girls have long blonde hair and big blue eyes.

“The story of Rosie and the Unicorn celebrates multiculturalism, love and kindness and community cohesion. It invites us into a world that more closely reflects our own experience and confirms that heroines can be from anywhere, they can have brown skin and women of colour can hold their own in court.”

Just as Sally is a lawyer, in the book Rosie’s mum is pictured in court wearing a barrister’s wig and gown.

“My nephew asked if I worked for the Justice League (DC Comics heroes),” she said, “and I wanted him to see that I sort of do, but I wear a different superhero costume”.

Maddie is looking forward to returning to school and taking copies of the book for her teacher and friends.

She said: “It’s very exciting to have a book where the characters look like me and my friends.

“I love the story because unicorns are magic; they can make things become real and can bring other animals back from extinction. Unicorn dust can make anything you can think of come to you.”

All profits from sales of the book will go to the NHS, Royal Manchester Children’s Hospital and Young Minds.You can buy a copy on Amazon for £7.99

Local sisters urge people to join the Race for Life