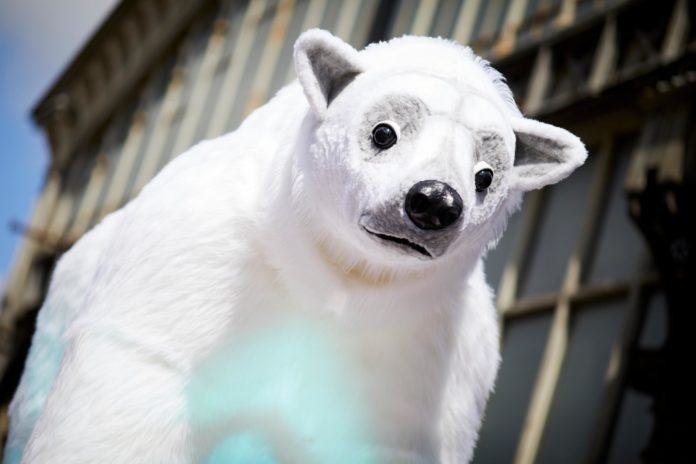 Manchester Day returns this year for its tenth outing on the 23 June and sustainability remains at the core of the event.

The huge celebration of the city – for the people, by its people – has grown to be one of the biggest events in the region’s calendar, celebrating the theme: 10 out of 10.

Created by a dedicated assembly of the city’s community groups, hundreds of volunteers build everything at the Wow Workshop,this year at Mayfield for the first time.

Working with some of the North West’s top artists – many of whom have been part of the team since the event began some ten years ago – local people come together to build the incredible artworks, floats, costumes and props that make Manchester Day a real creative tour de force.

Sustainability has always been at the heart of the creative process and green issues have been a common theme running through the artworks through the years. The event always aims to limit the negative impact on the environment and raise awareness of key green issues, while using local suppliers as much as possible to maximise the positive impact on the local economy.

Almost all the floats in previous years have been push, walked, wheeled or cycled without a combustion engine in sight. Many of the structures are also reused and repurposed through the years, and artists are asked to think carefully about how the floats are created to ensure they can be deconstructed and recycled as much as possible.

This often involves finding creative ways to use otherwise redundant materials like the roll ends from a cardboard factory that will find new life as a flock of birds on the big day.

Raising awareness, many groups have chosen to focus their creations on key issues, such as the Manchester Secondary PRU who created the world on a turtle in 2017, with the message: if we don’t look after world, it’ll become a disappearing act of its own.

The lead image in 2018 parade was a stranded polar bear reflecting the consequences of climate change.

Each area of the event is reviewed each year to increase the green credentials from beginning to end, which includes water bottle recycling at the beginning and end of the parade, and waste throughout the production – in particular in the Manchester Day WoW Workshop, run by Walk the Plank – is minimised as much as possible, and the food and drink stalls are gearing up to reduce their plastic waste this year.