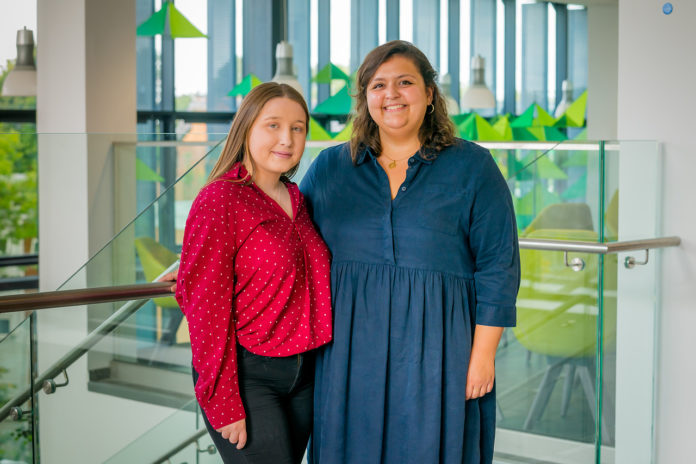 Patients from The Christie will share their experiences of having proton beam therapy and radiotherapy with around 1,200 worldwide experts in particle therapy this week.

Sophie Vohra, Georgia Wood-Wareing and Ashleigh O’Hara will speak to delegates who are in Manchester for the prestigious 58thParticle Therapy Co-Operative Group (PTCOG) Annual Congress (10 to 15 June).

This will be the first time that delegates at the PTCOG annual conference have heard directly from the people who matter most – the patients. Sophie, Georgia and Ashleigh will speak between the courses of the gala dinner taking place at Manchester Cathedral on Thursday 14 June. Jeff Smith MP will conclude the event with an after dinner speech.

The PTCOG conference brings together leading clinicians, physicists and other practitioners in particle therapy (a form of radiotherapy using beams of protons or heavy ions) to share the latest clinical, scientific and industrial developments and showcase the latest technology which can help patients.

Manchester’s heritage as a pioneering city in cancer research and treatment for more than 100 years played a key part in winning the conference. This year also marks the 100thanniversary of Rutherford’s 1919 breakthrough in understanding the structure of the atom and discovering the proton.

The conference, held at Manchester Central, coincides with the opening of the first NHS high energy proton beam therapy centre at The Christie last December.

Sophie, then aged 23, was diagnosed with Ewings Sarcoma. Her tumour was considered inoperable because of where it was located near the base of her spine. She was offered proton beam therapy alongside chemotherapy.

Sophie said: I’m thrilled to have been invited to speak at this conference in Manchester. I’ve found it very rewarding to share my experience as a patient to help The Christie develop its new proton beam therapy centre and hope that other patients and professionals have benefited. I’m looking forward to being able to share my experience with PTCOG delegates from around the world in the hope that even more people can benefit.”

Georgia was just 16 when she was diagnosed with craniopharyngioma, a rare type of brain tumour that affects the pituitary gland. After two operations in early 2017, Georgia was told they had not been able to remove her tumour fully and she was referred for proton beam therapy.

Ashleigh was diagnosed with a rare head and neck cancer, nasapharangyeal carcinoma, in November 2010 at the age of just 19. Ashleigh underwent intensive treatment of chemotherapy and radiotherapy and says she owes her life to The Christie.

As part of PTCOG, around 500 delegates will visit The Christie on Friday 14 June for a tour of the new proton beam therapy centre. The tour will showcase The Christie and the NHS approach to particle therapy clinical practice, and provide insight into how Manchester is now at the forefront of proton therapy.

Roger Spencer, Chief Executive of The Christie said: “The Christie is very excited to be co-hosting this year’s PTCOG conference in Manchester. It’s an opportunity for us to learn from particle therapy experts around the world and to ensure that we are at the leading edge of adopting new technology and procedures. We’re delighted that our patients will get to share their experiences with so many international experts.

“We are also looking forward to sharing our knowledge and experience of developing the NHS’s first high energy proton beam therapy centre – one of the most complex proton beam therapy services to date in an integrated cancer centre. We have ambitions to be one of the world’s leading centres of expertise in proton beam therapy treatment and research within five years and hosting the PTCOG conference in Manchester this year gets us off to a flying start.”