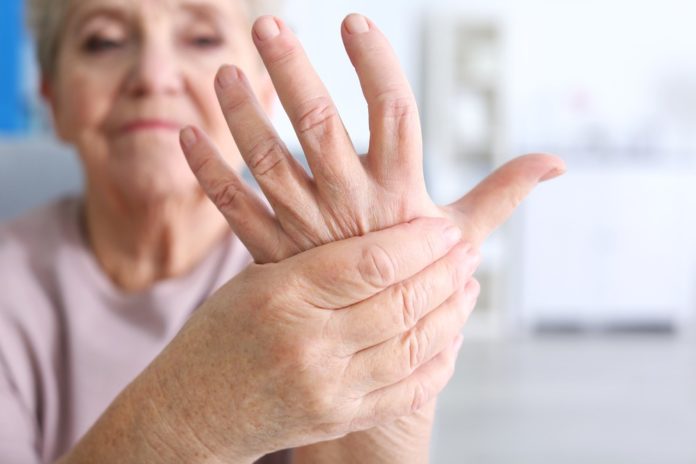 Remote monitoring using smartphone apps could transform the medical care of patients with long-term health conditions, according to new research led by University of Manchester scientists.

The study of patients with rheumatoid arthritis provides the strongest evidence yet that smartphone technology could make best use of doctors’ and patients’ time when the data are integrated into the NHS.

The study is published in the journal Rheumatology and jointly funded by Versus Arthritis and the National Institute for Health Research Collaboration for Leadership in Applied Health Research and Care (NIHR CLAHRC) Greater Manchester. It tested remote monitoring using a smart phone app on 20 patients.

The daily data from the smartphone app was uniquely integrated into the electronic health record at their hospital, with the data summarised as a graph visible at their outpatient visit.

The findings are a boost for the one in four people in the UK who live with a long-term condition but spend less than 1% of their time with a healthcare professional.

Lead author Professor Will Dixon from The University of Manchester said: “This feasibility study was conducted by a small group of enthusiastic self-selected patients and clinicians.

“But the positive experience of the consultations surpassed all our expectations.”

The app, jointly designed by patients, clinicians and researchers, allowed patients to input what symptoms they were experiencing each day and the impact it had on their lives.

Their doctors used the data generated by the app when carrying out face to face consultations.

And the graphs generated by the app made it easier for patients to participate in consultations and treatment, enabling a shared discussion between the patient and their doctor.

Professor Dixon said: “Understanding at a single consultation how symptoms change between visits, often six months apart, can be challenging.

“Patients find it difficult to recall their symptoms and short consultation times may limit how thoroughly a history is explored. Patients also reported that doctors could direct consultations in a way that did not always explore issues that the patients felt to be important.

“But by using their smartphone data, patients benefitted from consultations being focussed around their own data, making discussions more personal.

“Disease patterns were revealed that would have been missed, including flares and long-term trends that would otherwise be hidden within the day-to-day fluctuation of symptoms.

The app, which is not commercially available to the public, was developed at the University of Manchester’s Connected Health team at the Centre for Health Informatics.

“We say consumer technology provides a huge opportunity to improve the management of long-term conditions. At present, however, the opportunities are not being fully harnessed, often because consumer apps are not integrated into the NHS”, he added.

Rheumatoid arthritis Patient Karen Staniland said: “Being one of the six patients involved in contributing to the app’s design and, specifically, being influential in making the research language relevant to meet our needs was a key element to the success and credibility of this study.”

“Our study has delivered proof of value that daily remote monitoring via smartphones can work, offering a powerful benefits to both patients and clinicians.”

86% of people who tested positive for Covid-19 during lockdown did not have virus...