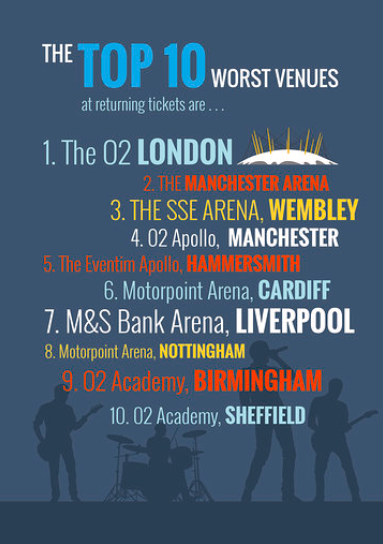 MUSIC fans are backing a campaign to ‘save my stub’ after being told they can’t keep tickets as mementos or for their scrapbooks, with Manchester Arena being one of the top culprits.

And now Happy Mondays frontman Shaun Ryder is backing #SaveMyStub in a bid to encourage venues to keep issuing paper tickets – and to allow fans to keep them as memorabilia once scanned.

He said: “Most music fans like memorabilia – it’s good to be able to keep your ticket as a reminder of a great night out when you’ve been to see your favourite bands.

“Music memorabilia is close to the hearts of all music fans. If you haven’t got the ticket you haven’t been to the gig. I know loads of stuff has gone digital now but let’s not take the fun out of going to concerts.

“It’s a shame venues aren’t allowing people to keep tickets. I’m sure there are loads of Happy Monday keepsakes in people’s scrapbooks – and Black Grape come to that.

“It’s nostalgic isn’t it? It lets people show their kids and grandkids how cool they used to be. They mean so much to people – especially if they are marking a certain event in their lives.

“I’d urge venues and promoters to give concert goers their ticket stubs back. Let people keep the memory of music alive!”

Die hard music fan Hayley Hunt, 57, has put her weight behind the campaign after she was prevented from adding a vital memento to her scrapbook.

MUSIC fans are backing a to ‘Save My Stub’ after they reported being told they couldn’t keep hold of precious tickets to add to scrap-books.

Oasis fan Hayley cemented her marriage to fellow Gallagher brother fan Steve, 60, with their first dance to Champagne Supernova in 1996. To keep the magic alive the couple attended every Oasis gig they could in Manchester – taking their kids as they got older and collecting band merchandise and ticket stubs for their family scrapbook.

When Liam Gallagher announced concert dates at Old Trafford, Manchester in 2018, Hayley snapped tickets up. It was the first time they had taken daughter Chloe, 18, to a gig – and she even managed to ensure Liam played ‘Champagne Supernova’ for her parents.

After such a momentous occasion, Hayley was distraught to be told she couldn’t keep hold of her concert tickets – leaving a hole in their precious scrap-book.

Mum-of-four Hayley said: “Save my Stub is a brilliant campaign – we have had many of our tickets or stubs taken over the years and it’s a shame when it’s a special memory – like the Liam Gallagher concert.

“Champagne Supernova was our wedding song in Las Vegas back in 1996 so when Liam said he had a special request and he hadn’t performed the song alone on any of the other gigs we were OVER THE MOON  – actually beside myself – shivers and tears a plenty, what an amazing moment for all of us, captured on phone of course, but it would still be good to have an actual ticket to go in the memory box.

“I really hope this campaign is a success and we return to printed formats of ticketing.”

With more and more tickets being digitalised memorabilia could be set to become even more valuable. Statistics show ticket stubs and gig merchandise stored in memory boxes could be as valuable as a piece of art.

As many as 57% of die hard music fans prefer the real thing to add to their scrap-book. 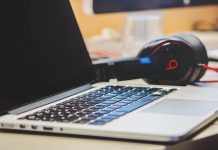 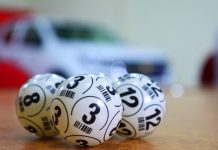 How the coronavirus pandemic is seeing the online entertainment industry flourish