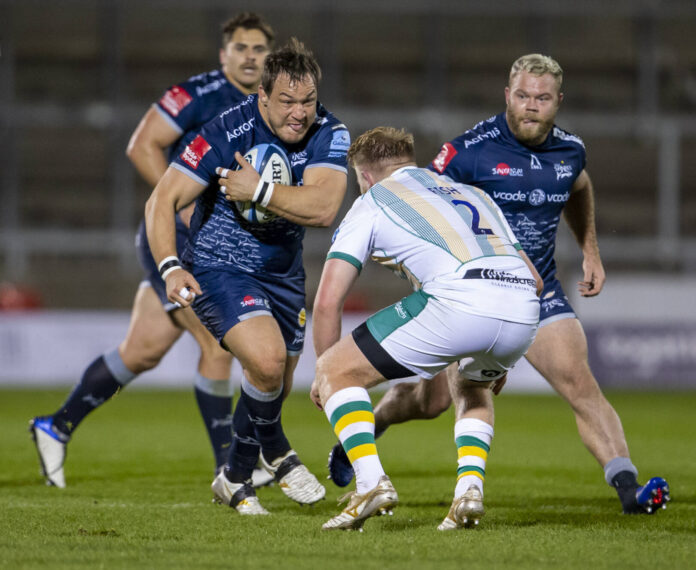 Sale Sharks stormed into the lead at the AJ Bell after just twenty minutes of play with the Sharks making their early dominance count to secure a bonus point victory over Northampton on the opening day of the season. Tries from Akker van der Merwe, Daniel du Preez in the first half, followed by scores from Simon Hammersley and AJ Macginty after the interval made a resurgence from Saints unlikely despite a commanding second half performance from the visitors.