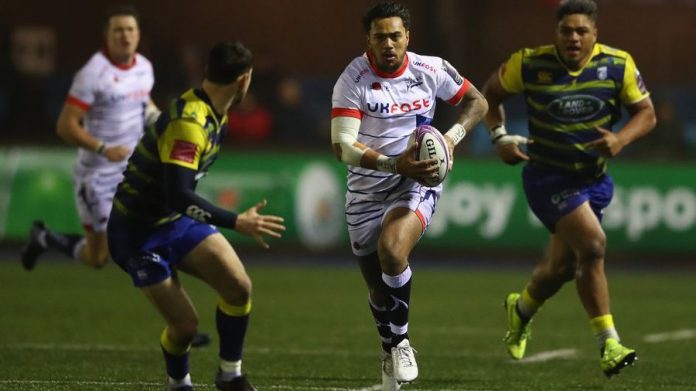 Sale’s resurgent run of form was checked at Cardiff Arms Park as the Sharks suffered European Challenge Cup disappointment
In a game played out amidst testing conditions in the Welsh capital, the Blues gained revenge for last weeks’s 24-0 loss at the AJ Bell Stadium with Matthew Morgan scoring the game’s sole try and fly-half Gareth Anscombe kicking three penalties.

Scrum-half Will Cliff bagged two penalties for the Sharks but despite a late second half rally, Sale were unable to further trouble the scoreboard.

The defeat checked the Sharks’ fin run of form which had seen them win five of their previous six games and the result means Sale now face an uphill battle to top pool two with only two games remaining as they lie six points behind the Blues who ensured they retained top spot with the victory.