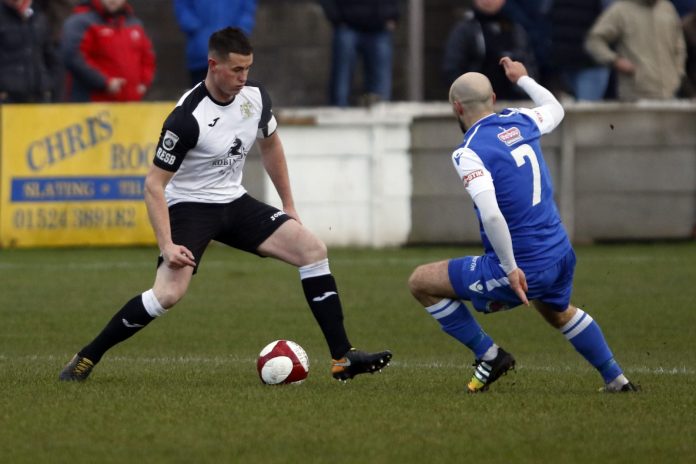 Stockport County are through to the second round of the FA Trophy at Lancaster’s Giant Axe ground to win the first competitive match between the two sides since 1933/34.

Two first-half goals from Jason Oswell and Gary Stopforth, together with a late strike by substitute Bohan Dixon, got the Hatters through and into Monday’s Second Round draw.

Altrincham will have to do it all over again after a goalless draw at Warrington’s Cantilever Stadium in freezing conditions in the game that won’t be remembered by many.The teams will meet again on Tuesday.

The weather hit Saturday’s schedule hard outside of the cup.

Only two games involving our local clubs survived the frost.

In the Evo Stik Division One North, Radcliffe went down 3-0 to Bamber Bridge while Hyde United came back from two down, securing a draw and a point against high flying Prescot Cables