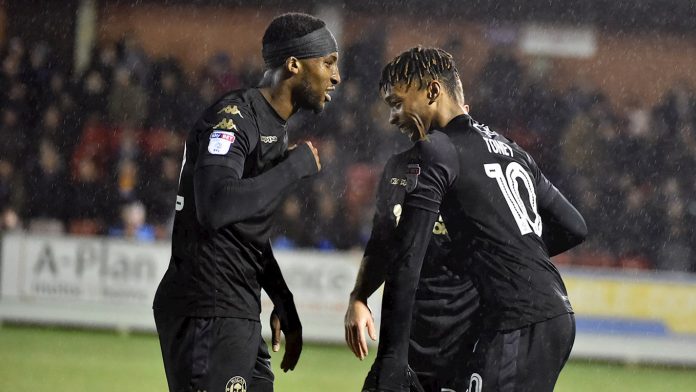 Wigan Athletic will be top of Sky Bet League One on Christmas Day after a sublime display of finishing, technique and endeavour saw Paul Cook’s side beat AFC Wimbledon 4-0.

Eoin Doyle’s late goal ensured Latics came away from the Keepmoat stadium with a point.

The result meant Wellens’ men moved up to 15th in Sky Bet League One, with Doncaster Rovers remaining three points behind Oldham.

“As long as these players are trying and they care – and they do care, they care very much – then I’m reasonably happy with the result,” said Rochdale Manager Keith Hill, following their scoreless draw with Oxford United at the Crown Oil Arena.

“The players accept the demands and the challenges, but there’s too much stress in the way that they play – they just need that little bit of confidence. We’ve got to try and take away the stress and the anxiety, and that’s down to me and the staff.

Bury are bottom of League One after a one nil defeat at Portsmouth.Matt Clarke securing the win for the home team with a goal in the 62nd minute.

Finally in the Championship, Bolton Wanderers saw their two-and-a-half month unbeaten run at Macron Stadium come to an end as they suffered a disappointing 1-0 defeat against relegation-rivals Burton Albion on Saturday.

“It’s always going to be tight with the way the results have gone today. We just need to make sure that come January, we have picked up enough points to stay in contention. We’ve played well at home recently and picked up some great results. Today is a setback but it is not going to completely define the season.”