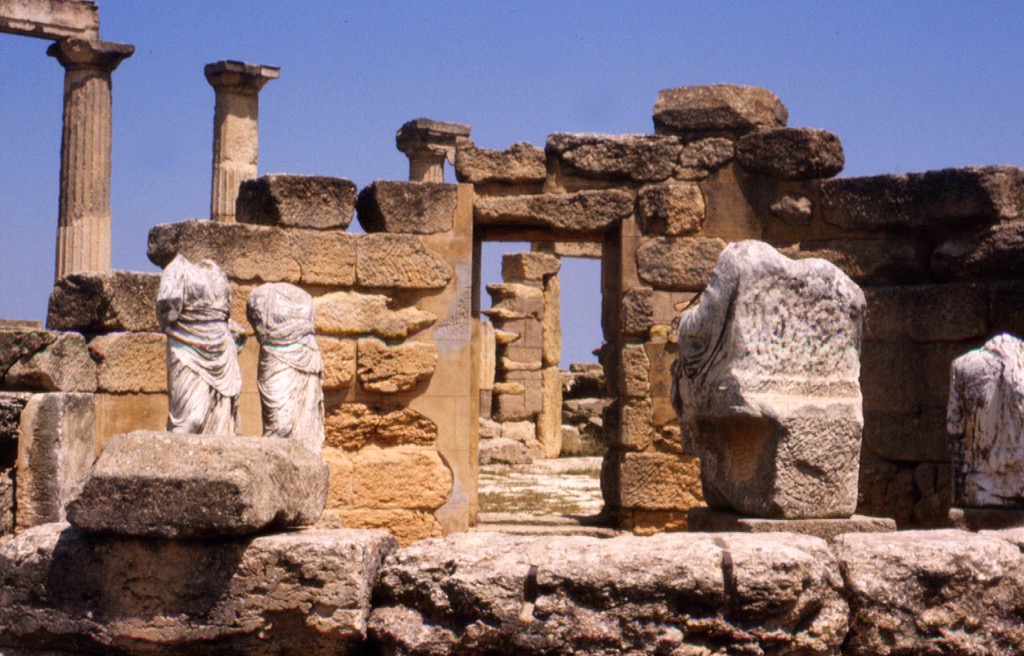 Archaeologists from the UK are calling on members of the public to help them preserve the legacy of some of the world’s most important monuments and historic sites, including those most at risk in Syria and Libya.
Researchers from the Universities of Bradford, St Andrews, Birmingham and University of Nottingham Ningbo China (UNNC), have joined forces with regional specialists to build a comprehensive online resource to digitally reconstruct archaeological sites that have been destroyed or are under threat as a consequence of recent conflict, cultural vandalism, neglect and natural disaster.

Named Curious Travellers, the project will seek out real life curious travellers from around the world who have previously visited ancient sites or monuments that are now at risk or have been damaged, who are willing to share their photographs and videos to help build the resource.

The project will initially highlight threatened or damaged sites in North Africa, including Cyrene in Libya, as well as those in Syria and the Middle East but is open to threatened historic sites around the world. The public are invited to upload material to the project website.

The researchers will combine publicly donated content with other freely available resources drawn from travel blogs, the wider web and social media to recreate 3D models of monuments and ancient sites. All reconstructed content is placed in context using relevant site and landscape data.

Ultimately the project will provide an important framework for government bodies and heritage organisations that can be used for interpreting, presenting, conserving and managing other heritage sites around the world.

The project has received £305,000 in funding from the Arts and Humanities Research Council. Universities and Science Minister Jo Johnson said: “Destruction of our world’s monuments is a deliberate attempt to undermine a community’s cultural identity. Thanks to the UK’s technological advances, our holiday pictures could now help rebuild and preserve these great ancient sites for future generations.”

Dr Andrew Wilson from the University of Bradford said: “Curious Travellers is a strategic response to tragic circumstances. We now have the opportunity to harness digital documentation methods, crowd sourcing and novel web applications to better serve the conservation and management of globally important heritage. Contributions from members of the public are vital to the success of this project and we very much hope people will sift through their own collections for useful material.”

Professor Vincent Gaffney, Anniversary Chair in Landscape Archaeology at the University of Bradford explains: “The immense media coverage relating to the destruction of prominent sites in Syria hides the true scale of cultural destruction due to conflict, looting and other forms of cultural vandalism. Recently, specific sites have also been targeted in Libya and if we look back over time, we can identify the widespread loss of other sites, for example those throughout Afghanistan in the early 2000s where the Bamiyan Buddhas were destroyed.”

Dr Chris Gaffney, Head of the School of Archaeological Sciences at the University of Bradford said: “This project is unique as it collates both public data and generates heritage information that can be used where archaeological evidence has been damaged or destroyed.. The long-term legacy of this project is the establishment of a framework that can be used anywhere in the world to help preserve vital information about historic sites.”

The “Mad Mania” of George III