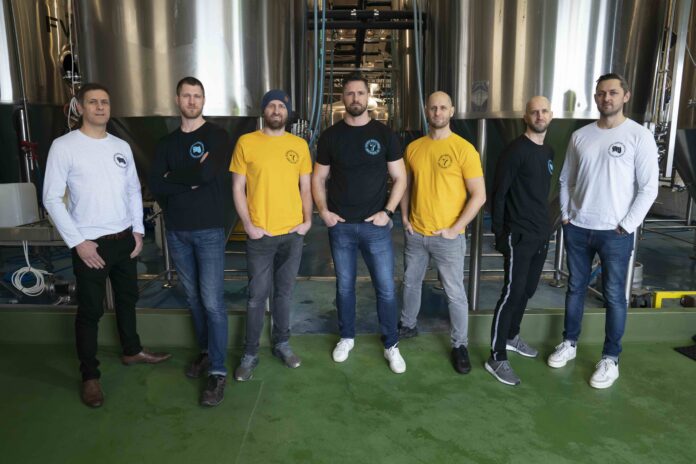 SEVEN BRO7HERS BREWING CO will be launching two of its signature beers across select ASDA superstores in its first major supermarket deal.

The Salford-based brewery will hit shelves on 26th April with its popular Juicy IPA from its original core range ‘the family of beers’. The IPA will be accompanied by the McAvoy brother’s famous “Crunchie in a can” – the Honeycomb Pale Ale.

Both beers will be available in 255 of ASDA stores across the UK.

“Over the years we have built up trade stockists in convenience and independents across the North West, as well as Booths supermarket, but it is a huge marker of the teams hard work to secure a national listing. The ASDA deal broadens our audience reach and gets our beers in front of new drinkers, it takes our brand nationwide and solidifies our position as one of the fastest growing craft breweries in the UK.”

SIBA Independent Brewers in 2020 reported growing number consumers seeking out independent brewery craft beers, up to 50% on 43% the previous year.

Juicy IPA is SEVEN BRO7HERS best-selling IPA with the Honeycomb following close behind.  Both the Juicy and the Honeycomb together have accounted for almost 40% of the brothers’ ecommerce sales in 2020/2021.

SEVEN BRO7HERS is currently running its own lucrative webshop, growing sales by more than 90% in 2020 despite the Covid-19 pandemic. The brewery’s range is also currently sold across Co-op stores in the North West and Booths Supermarkets.

SEVEN BRO7HERS BREWING CO was founded in 2014 by McAvoy brothers, Guy, Keith, Luke, Daniel, Nathan, Kit, and Greg, inspired by their dad’s home-brewing in their cellar at home.

Beat the January blues at The Blues Kitchen