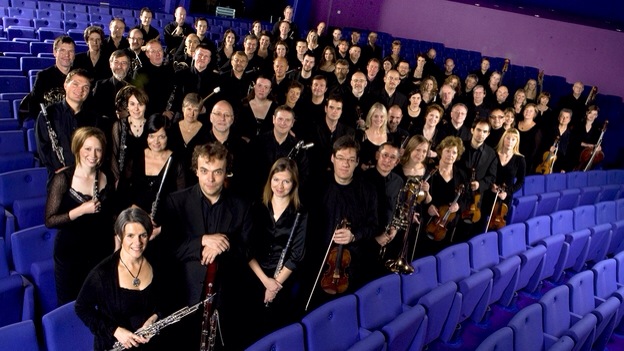 The powerful story of a soldier from Salford who fought in the First World War will be brought to life in a series of special performances this month with players from the BBC Philharmonic and Salford Symphony Orchestra at IWM North, part of Imperial War Museums.

Services No Longer Required will share the experiences of Arthur Pat Burke, who exchanged the home comforts of Salford for the front line and the Battle of the Somme.

Pat Burke was the youngest in a family of five siblings whose home was The Borough Hotel, a Salford pub. By late 1915, he was serving with the Army on the Western Front with the Manchester Regiment.

Pat fought at the Battle of the Somme in 1916. He survived and one year later he was given a safer job in his battalion. Yet within a few days he was killed by a shell near the front line at Ypres. He was 23 years old.

Writer Di Sherlock has dramatised some of the many letters that Pat, as he was known wrote home to his mother and his brothers Reg and Tom.

Ten musicians from BBC Philharmonic and members of the Salford Symphony Orchestra will perform an original score composed by Richard Taylor and share the stage with actors playing the parts of Pat Burke, ‘Ma’ and a war veteran who reflects on true experiences from contemporary conflicts.

The evening performance on Friday 17 October at 8pm will be broadcast live on BBC Radio Manchester, and will be followed by a Q&A hosted by breakfast show host, Allan Beswick and featuring artists, guests and relatives of Arthur Pat Burke.

This event will take place in the Main Exhibition Space of IWM North. The performance will be complemented by a dramatic backdrop of archive and contemporary photographs projected onto the 20 foot high gallery walls. The pictures have been created by local arts company Soup Collective using images from IWM’s collections, while Pat Burke’s letters are on display in the museum.

The producer Martin Maris, from the BBC Philharmonic said: “Pat’s story still resonates very strongly today, and we are delighted to pay tribute to him, and so many others just like him, with this special performance.”

Graham Boxer, IWM North Director said: ‘100 years on from the Frist World War the experiences of Pat Burke echo those faced by an entire generation. This collaboration between BBC Philharmonic, Soup Collective and IWM North will showcase his story like never before.”

BBC Radio Manchester Editor Kate Squire says “We’re pleased to be partnering with the BBC’s Philharmonic and IWM North in this terrific endeavour. Our listeners have appreciated our coverage of the anniversary of the outbreak of World War One, and this takes that to a different level.”

Performance looks at how dance can help depression sufferers

Brian Pern takes to the stage as Simon Day comes to Waterside with his...

Chorltonville musical history to be recreated on its fiftieth anniversary