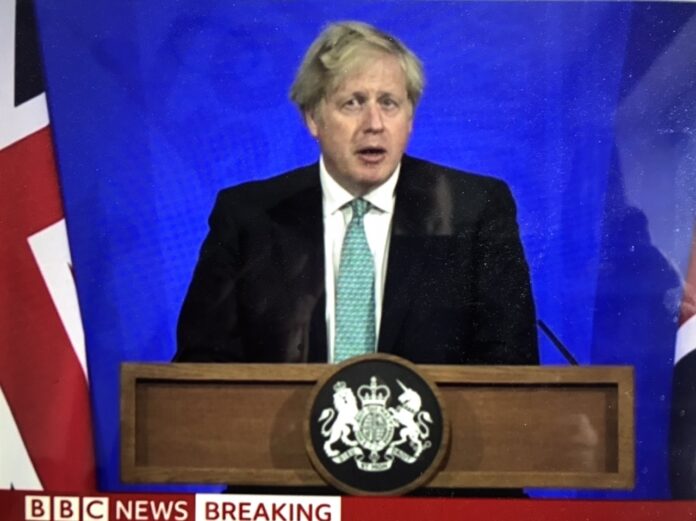 Boris Johnson has said that there was no reason not to proceed in the move to step three of the government’s roadmap out of lockdown on Monday.

“We are in a different position with the Indian variant than we were last year” he added, however he has said that at this stage” there are some important unknowns but he believes the Indian variant is more transmissible than previous ones but it was not clear how much more.

Johnson said he “has to level” with the country, adding that the new variant could pose a “serious disruption to our progress” and that this could have affect on any decision to ease measures in June.

As a result he said the race between the vaccination programme and the virus could get tighter and therefore the government will begin administering second doses to over-50s and the clinically vulnerable.

Johnson said that people in Bolton need to be “extra cautious” due to the spread of the virus there and told people to continue to exercise caution and to take the vaccine when they can adding that it is important that people in the areas seeing spikes recognise there is an “extra risk, extra disruption, a threat of disruption to progress caused by this new variant”.