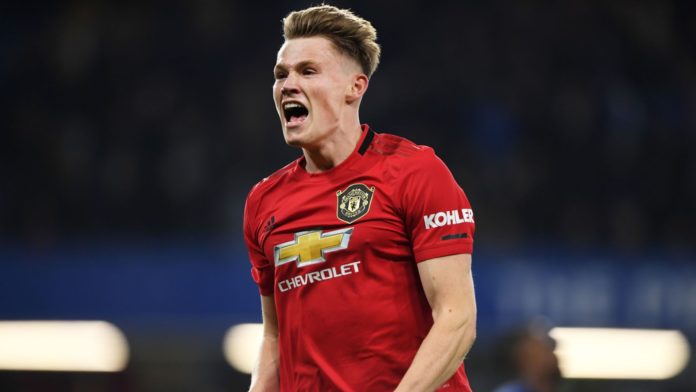 Manchester United midfielder Scott McTominay claimed his second straight player of the month award from the club for his contribution in October.

Marcus Rashford’s stunning free-kick against Chelsea may have claimed the majority of the headlines this week but young Scottish midfielder McTominay’s consistency has also been rewarded.

He claimed the player of the month award in September for his performances in the middle of the park and October was a similar story for the 22-year-old academy product.

With United’s midfield being questioned after a summer which saw Ander Herrera leave the Red’s for Paris McTominay was charged with some of the responsibility of filling the void.

His role has been more than initially expected with Paul Pogba’s injury problems and the declining involvement of Nemanja Matić. The young player has made the most of his chances with well-rounded performances.

One of only four players to start all of United’s first 10 games of the season he has been the only player outside of the front three to hit the back of the net.

He has also shown great leadership and composure in difficult times, he has been one of the stand out performers so far this season for Manchester United.

Manchester United manager Ole Gunnar Solskjaer speaking on McTominay, “Scotty’s a leader, a Manchester United boy, you can see he’s been a striker with the goal at Norwich on a half turn, but he’s developing into a very good midfielder.”