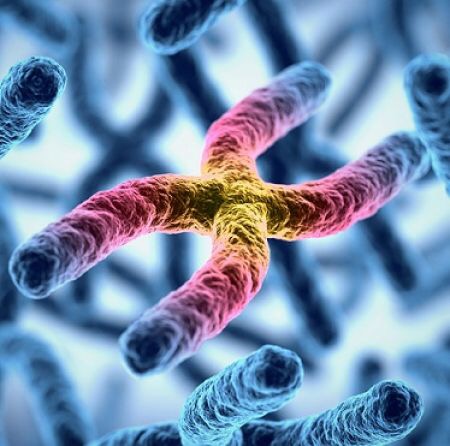 GENETICISTS have identified an enzyme which regulates the production of sperm and egg cells in human reproduction.
The discovery furthers our understanding of a process which can often go wrong, resulting in miscarriage or infants born with Down’s Syndrome, Edwards’s Syndrome and other chromosomal irregularities.

Writing in the US journal Nature Scientific Reports, Dr Gary Kerr of the University of Salford, and colleagues stated: “Understanding how meiosis is regulated is of great importance to understanding the causes of aneuploidy and genetic disorders in humans.”

The scientists looked at a process known as meiosis, which unlike normal cell division (mitosis) has two rounds of nuclear division, to ensure that when sex cells fuse with each other, they have two copies of each chromosome – one from each parent!

In order to identify the ‘genetic switch’ which regulates segregation and mis-segration, the team investigated PP2ACdc55, an enzyme involved in several cellular processes. Using flourescent tagging, they tracked the enzyme’s presence on yeast models – which offer a number of commonalities in the processes of meiosis in humans.

Prior studies by Kerr el al, showed that PP2ACdc55 played an essential role in controlling the timing of metaphase to anaphase during meiosis, in other words preventing cells from prematurely exiting meiosis.

The resulting data suggests that PP2ACdc55 plays a pivotal role in chromosome segregation, although we are still a way from knowing how the processes go wrong.

Hooked on music-Online game tests the science of music