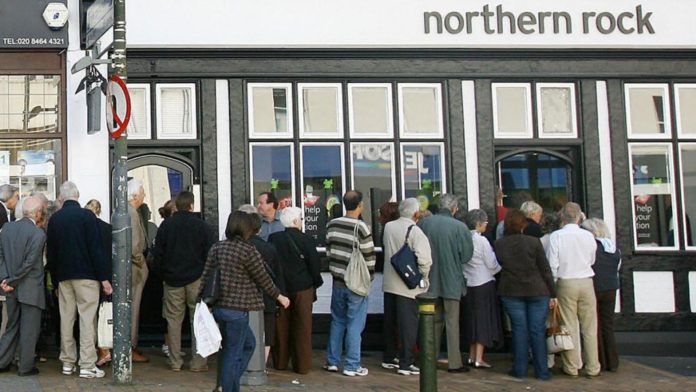 The ‘crisis cohort’ who entered the world of work in the midst of the financial crisis continued to face higher unemployment, lower pay and worse job prospects up to a decade later, compared to other young people entering work before or after the downturn.

This is according to a new report published today by the Resolution Foundation.

Growing pains,a report funded by the Nuffield Foundation,is the first major examination of the impact of the post-financial crisis downturn on the young people who were unlucky enough to leave education in its midst.

It notes that Britain avoided a repeat of the mass youth unemployment (among 18-29 year olds) that endured for much of the 1980s.

Instead the pain was spread more evenly across young people, the majority of which experienced a prolonged pay squeeze. But the analysis shows that the crisis cohort have experienced different scarring effects from the last downturn compared to other young people. These include:

Lower employment for low-skilled workers.The probability of a young person qualified only to GCSE level finding employment fell by over 30 per cent as a result of leaving education during the recent downturn. This effect endured for almost a decade.

Lower-paid jobs for graduates.Graduates entering the labour market during the financial crisis had a 30 per cent higher chance of being in a lower paying occupation one year after graduating, and remained more likely to be in low-paid work a full seven years later.

Reduced pay,The crisis cohort of graduates experienced a 6 per cent reduction in pay, relative to those starting before or after the crisis, while their wages took up to seven years to recover. For lower-skilled workers, their potential pay reductions were protected to some extent by the minimum wage.

The Foundation says that policy makers should be focused on these lasting effects from the financial crisis, and what they mean for the crisis cohort’s prospects today. It adds that nine years on from the last recession, Britain should be preparing for a future downturn, and thinking about how to respond to any future labour market scarring.

This could include reformed active labour market policies that focus on the nature of the jobs young people find themselves in, as well as planning for the potential of youth unemployment being higher in the next crisis than it was in the last one. Such planning could include targeted jobs support, and adjusting the implementation of Universal Credit in the face of higher unemployment.

“Britain was able to avoid a repeat of the mass youth unemployment scarring that characterised the 1980s in the wake of the financial crisis.

“But the ‘crisis cohort’ who had the misfortune to enter the world of work in the midst of the last downturn still faced significant scarring effects. Low-skilled workers faced a higher risk of unemployment, while graduates were more likely to trade down the types of jobs they did, with their pay and prospects stunted as a result.

“These scarring effects have stayed with the crisis cohort for up to a decade, reducing their living standards at a time when they may be facing the additional financial strains of buying a home, or bringing up kids.

“Politicians and policy makers owe it to those young people who leave education during downturns to mitigate the negative effects of this bad timing through active labour market policies, including targeted jobs support.”