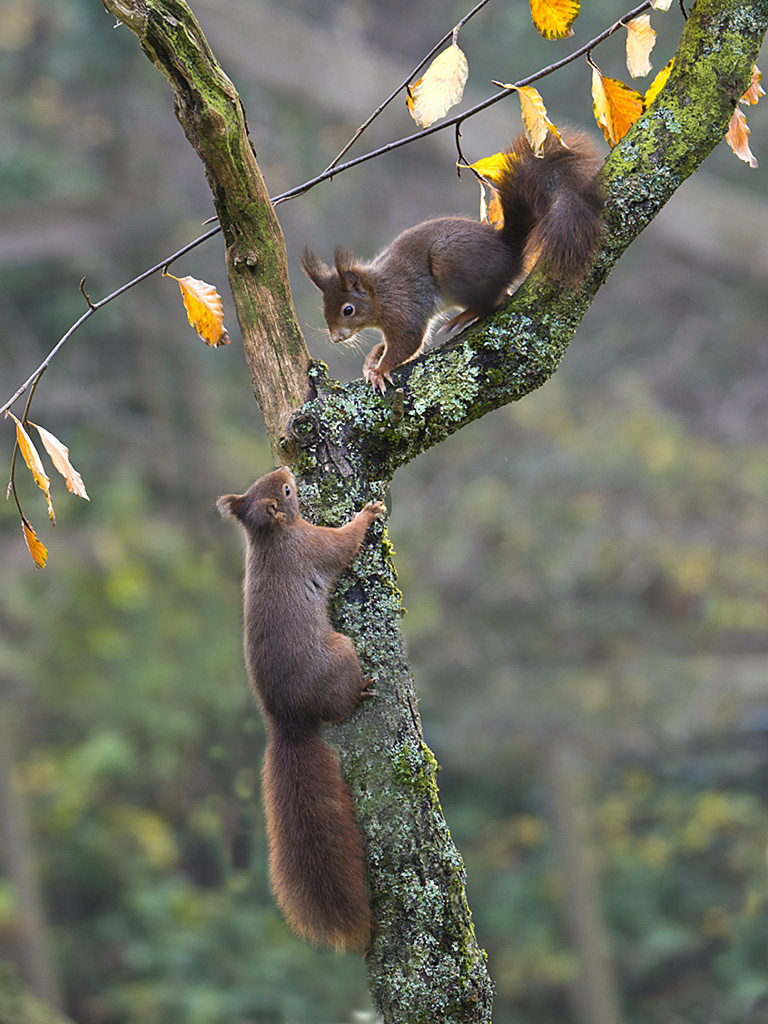 The Wildlife Trusts are leading the largest ever recruitment drive for red squirrel volunteers.

With the help of National Lottery funding, the Trusts aim to increase volunteer numbers from 500 to 5000 to save the UK’s last red squirrels.
With the first of this year’s surveys of the endangered mammal starting on 1st March, a new approach to the conservation of this charismatic species puts volunteers at the forefront of efforts to halt their decline.
And this is vitally important with a red squirrel stronghold on the Sefton Coast, with reds being seen deeper into Merseyside and West Lancashire.
Volunteers  are needed to help protect red squirrels, as part of community-based teams gathering information about squirrel populations.

Tasks include speedy reporting of grey squirrels moving into areas which are currently strongholds for red squirrels.
Volunteers will work with partner organisations in their local area, logging squirrel sightings, monitoring feeders for reds, setting up camera traps to film their behavior, controlling grey squirrel populations in key areas, and teaching the public and schoolchildren about our treasured native species, characterized by Beatrix Potter’s ‘Squirrel Nutkin’.
Data about sightings will contribute to the work of Red Squirrels United, a UK-wide network set up to protect the reds, and to the Saving Scotland’s Red Squirrels project.

The initiatives are supported by Heritage Lottery Fund (HLF across the UK) and LIFE (in England, Wales and Northern Ireland).

“In most of the UK there are only a handful of refuges left for red squirrels; without help, experts predict this beautiful and treasured creature could be extinct within as little as 35 years. Volunteers are playing a crucial role enabling red squirrels to thrive. Problems arise because grey squirrels are competing with reds for food and places to live, pushing them into areas where they find it more difficult to survive. Greys can also transmit disease to reds. Since greys were introduced into England in 1876, red squirrel populations have dramatically declined. It is now thought there are less than 140,000 red squirrels left in the UK.”
Lancashire Wildlife Trust Red Squirrel Field Officer Rachel Miller said:

“In 2008, a squirrel pox outbreak wiped out 80 per cent of the red squirrel population on the Sefton Coast. Because of the work of Red Squirrel United the population has now recovered to 80 per cent of pre-pox figures. With the population stabilising we really need volunteers to join our team so we can get a better idea of numbers and if they are recovering. We definitely have reds on our Freshfield Dune Heath Reserve and at Mere Sands Wood in West Lancshire.”

Dr Mel Tonkin, Saving Scotland’s Red Squirrels Project Manager said: “Our work since 2009 shows that through targeted control of grey squirrels it is possible to reverse the decline of our native reds and help them to return to former territories. Red squirrels are one of Scotland’s most-loved species. Thanks to National Lottery players we will be able to empower communities to help protect not just their local red squirrels, but major populations of the species in Scotland, and ensure that future generations can continue to see these special animals.”
Red Squirrels United came together in 2015. It marks the biggest ever partnership of academics and conservationists working together on a scientifically robust programme of conservation for this iconic native species.