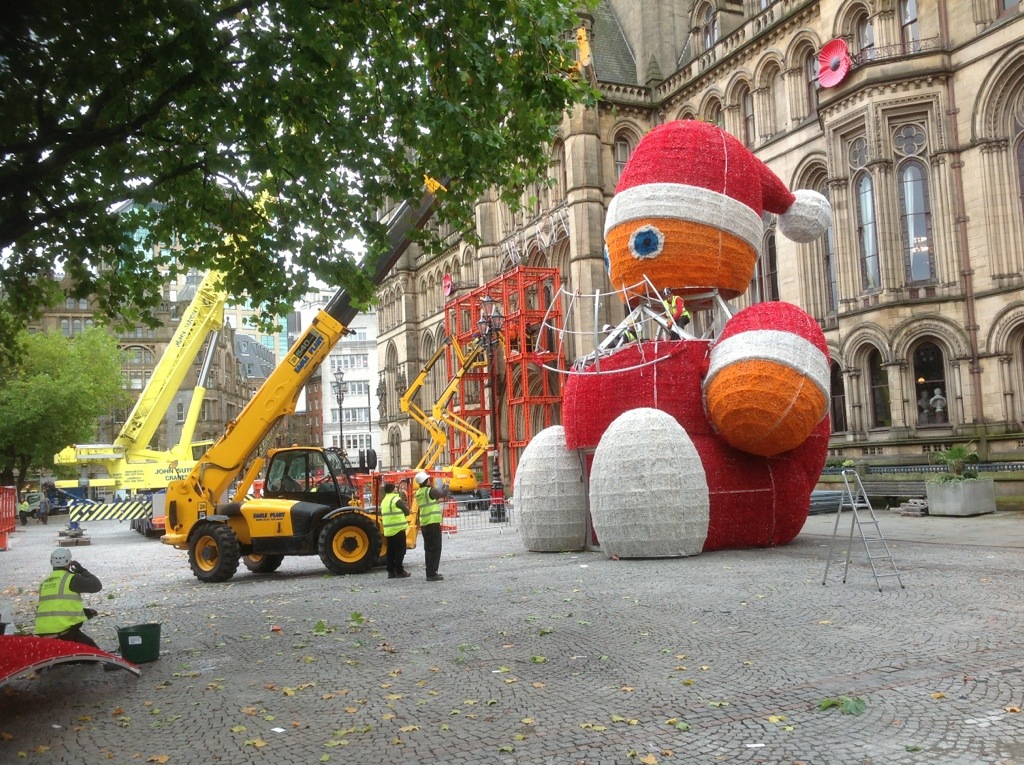 Just fifty four and a half shopping days until Christmas and Santa Claus is making its first appearance in the centre of Manchester being raised to the top of the Town Hall.

This version which replaced the inflatable Santa who had waved from the roof for the previous ten years first appeared in 2007.

Hold onto your hats for the lights are switched on the 8th Nov, a pity that they couldn’t wait until the armistice services are out of the way and the Christmas markets open on the 15th.