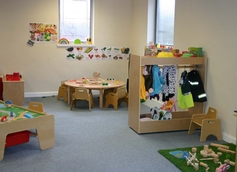 A consultation on the future of five Salford City Council nurseries is to be paused for a month to allow a campaign against government funding cuts to take place.

City Mayor Paul Dennett says he’s responding to calls from parents and staff, at a public meeting coordinated by Unison, and the pause will allow the council, trade unions, local MPs and parents and staff who would be affected if the nurseries had to close to lobby the government for funding to keep them open and under local authority control.

The campaign will be launched at full council on Wednesday February 28 when the council confirms its budget for next year.

The five nurseries, Little Hulton Nursery, Belvedere Nursery,Winton Nursery,Higher Broughton Nursery and Barton Moss Nursery,came under scrutiny after the council announced last week that it had to save £11.2m in this year’s budget.

Last year the government changed the rules on the use of Dedicated Schools grant for funding council services. Salford, which is only one of a few councils in Greater Manchester which still provide local authority run nurseries, says as a result of the change it can no longer afford to subsidise the running costs.

City Mayor Paul Dennett said: “I have written  to the government to raise the funding issues and the severe impact on services which are facing unprecedented demands on the residents of our city. I have asked for them to review this funding shortfall.’’

Councillor Lisa Stone, lead member for children’s and young people’s services, said: “I know this is a difficult time for parents and staff but it’s important that we support the passion they have shown for the nurseries and use that to convince  the government to think again and provide the funding we need to keep this excellent service open.”