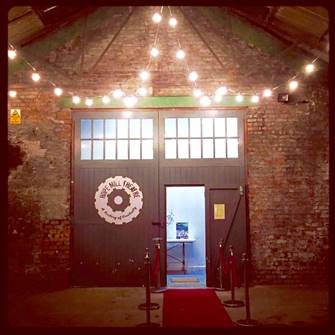 For one night only the critically-acclaimed creative team behind Hope Mill Theatre will be taking to the stage to share songs and stories about what it has been like establishing the award-winning venue – alongside special guests from performances past!

Joseph Houston and William Whelton, co-founders of Hope Mill Theatre and producer and co-artistic director Katy Lipson, of Aria Entertainment have had an astonishing run of hits at the 120-seat theatre, which only opened just over two years go after former actors Houston and Whelton found the Ancoats venue on Gumtree and decided to turn it into an independently-run theatre.

Hope Mill Theatre – recently named The Stage’s Fringe Theatre of the Year in its 2018 Awards – has firmly made its mark on the UK’s theatre scene, producing seven successful in-house shows and counting, including three London transfers, thanks to Will, Joe & Katy’s vision.

Now, for one night only, Will, Joe and Katy want to talk (and sing!) you through an honest take on what it’s been like opening, running and producing at Hope Mill Theatre.

Joined by some very special guests from productions past, this will be a night full of exclusive performances and announcements – a night not to be missed for Hope Mill Theatre fans.e

Katy Lipson said: “The level of work and ambition we have as producers is endless and we are constantly overwhelmed with the impact our productions have on our local audiences and those who travel nationwide to see them.

“Our new annual Hope Aria fundraiser is a long overdue addition to the work we do here. An evening to let you in on the ins and outs of what its truly like to produce musicals at Hope Mill Theatre – the trials and tribulations, the honest ups and downs of creating brave work in a self-funded independent space where our mission is to constantly break boundaries and change the landscape of musical theatre here in Manchester and beyond.

“If you’ve seen any of the shows here at Hope Mill Theatre, let’s just say they’ll be a few special guests on the evening, old and new, with some exclusive performances for one night only!”

Tickets: £28 including a glass of fizz on arrival!

Last chance to visit the Timperley garden of Mary Eastwood.