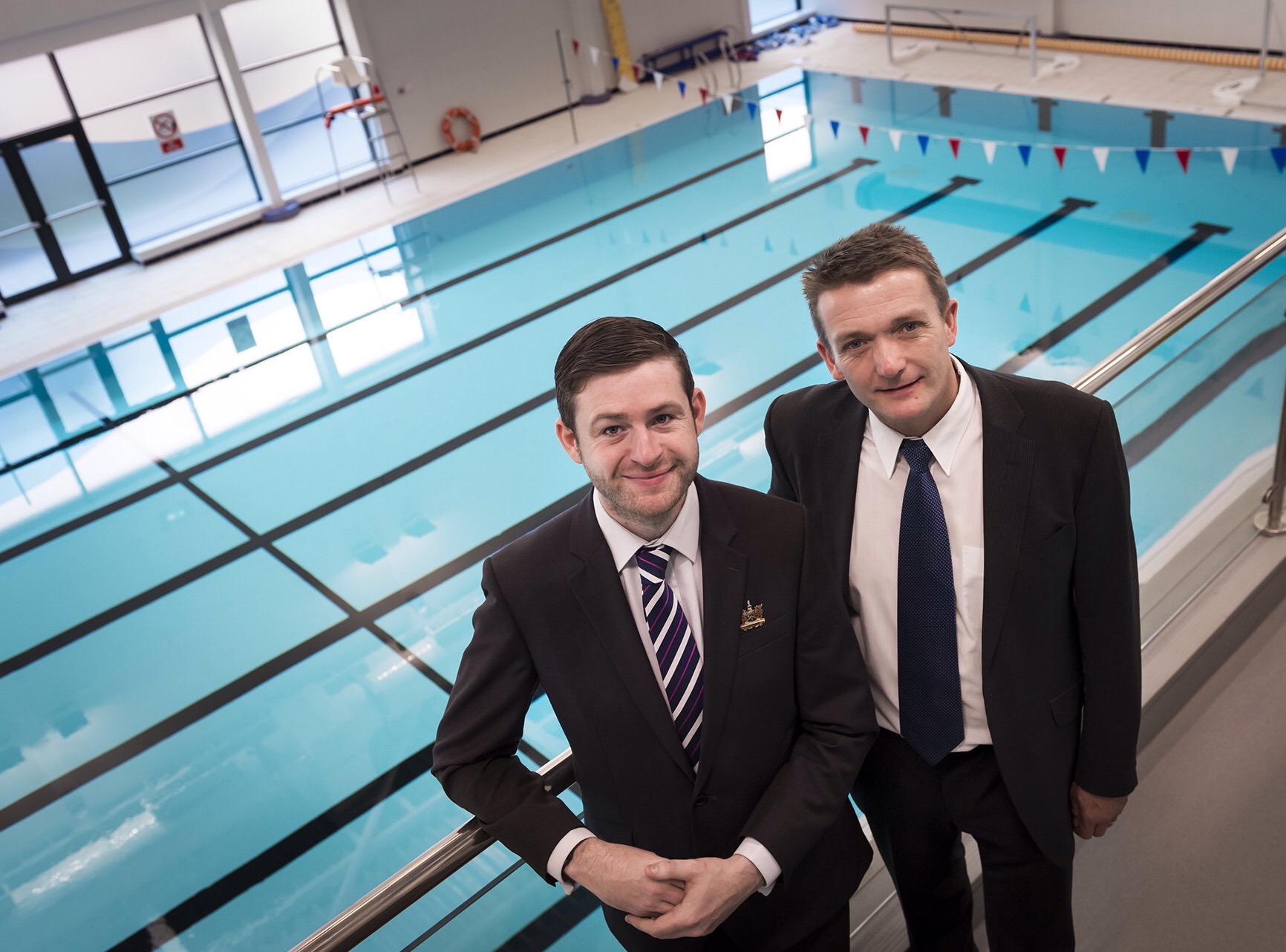 The new £8m Royton Leisure Centre is set to make a splash with residents when it opens to the publicthis morning .

Home to a host of new features and equipment the new facility has been years in the planning.
The shutters come down on the old sports centre – just across the road from the new facility on Byron Street – for the final time on Friday, September 25.

To mark the occasion Oldham council decided to jog some memories and have a look back at the history of the Park Street venue.

Opening on March 12, 1910 the original facilities cost £8,000 and included a main pool, changing cabins around the edge, slipper baths, and a laundry.

The 1910 staff roster included the superintendent and matron, man and wife, who oversaw the baths and were paid 34s (£1.70p) a week.

The opening celebrations included a swimming gala and an exhibition of ‘fast swimming’ by Hollinwood’s Henry Taylor, who represented Great Britain in four Summer Olympics between 1906 and 1920 and whose record of three gold medals at one games stood for 100 years until it was equaled by cyclist Chris Hoy in 2008.

It wasn’t until 1993 that the facility became Royton Leisure Centre, thanks to the addition of a sports hall.

The centenary of the original pool in March 2010 was celebrated with a gala and fun day.

The centre will be run by Oldham Community Leisure

Councillor Jim McMahon, Leader of Oldham Council, said: “Over the years thousands of people will have learned to swim or shoot their first netball hoop at Royton Leisure Centre.

“I’m sure residents who have used the facilities over the years will have loads of memories.

“Thankfully we’ve ensured there is another top class sporting facility for residents of the borough to use.

“The new leisure centre, along with the one we’re opening soon in Oldham, will firmly put the borough on the sporting map and I’m sure residents of all ages and abilities will use and enjoy them for years to come.”

Until September 28 anyone who signs up to an Oldham Active membership will pay no joining fee. For more information log onto http://oclactive.co.uk/