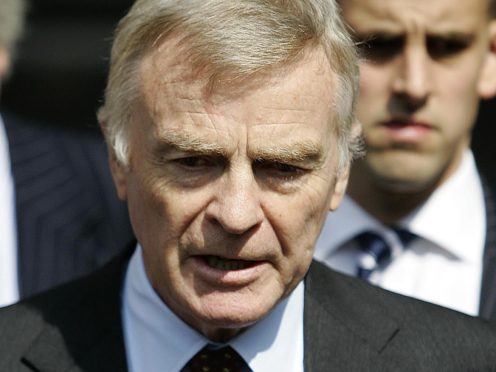 The former Formula One boss Max Mosley published a racist leaflet for a candidate standing in a 1961 by election in Hulme.

The leaflet said ‘coloured immigrants’ spread ‘tuberculosis, VD and other terrible diseases like leprosy’ and should be sent ‘home’. The leaflet added: ‘Coloured immigration threatens your children’s health.’

The Daily Mail found the leaflet in a historical archive in Manchester.

Mosley, the son of the British Blackshirt leader in the 1930’s and 40’s Sir Oswald Mosley was supporting the Union Movement candidate Walter Hesketh who came in the by election won by the Conservatives. 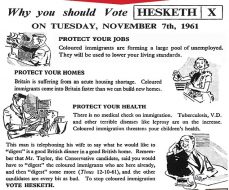 The party was founded by his father in an attempt to rejuvenate his political career after his association with Nazism and Fascism.

Mosley won the case against the now defunct News of the World who had published details of private parties that he had organised and a sado-masochistic sex session he had had with five prostitutes.

In an interview with Channel Four last night, Mosley denied that he had told lies at the court.The issue was also brought up at Prime Minister’s Question Time earlier today.