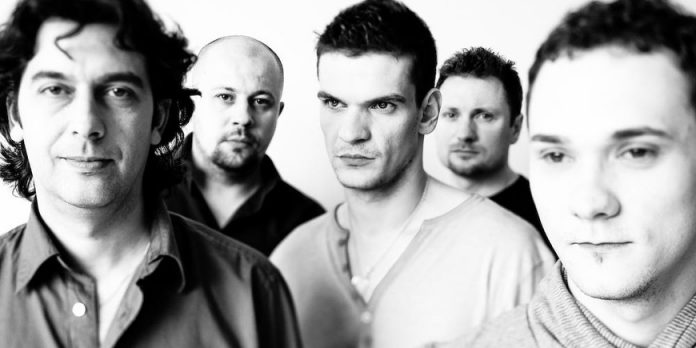 Through their epic live shows and soaring songwriting, VAMA help rebels and dreamers alike find their escape. The Romanian quintet have been a staple on the scene for nearly a decade and although their name is still new to many in the UK, they are poised to make a big impact in 2017 with their new album, produced by James Lewis (Arctic Monkeys, Rudimental, The Wombats, Charli XCX) and exclusive shows throughout October in London, Manchester and Glasgow.

With a style reminiscent of artists such as Coldplay, Kings of Leon and The Killers, their music harnesses the unique ability to be at home in settings as colossal as stadiums and as intimate as living rooms.

The band’s iconic songs are a constant on alternative rock radio stations in Romania while their single “Perfect Fara Tine” was a monumental hit spending a staggering 26 weeks at #1 in the Top 40 charts. With their new single, “Ghosts at War,” VAMA once again flex their musical muscle with impressive power.

As well as being a musical fixture in Romania, VAMA’s lead singer and superstar Tudor Chirila is also recognized as one of the most preeminent young cultural leaders in Romania. Aside from being an accomplished actor and producer of events, he has tirelessly traveled Romania to connect with the youth of the country and foster a culture of mentorship for high school students.

His time directly engaging fans in such a benevolent fashion has helped him create songs that have an uncanny knack for speaking directly to each and every listener. In addition, Chirila is one of the coaches in the hit national TV show The Voice of Romania, seeing his team win the show in each of the 3 years he has featured on the popular series.